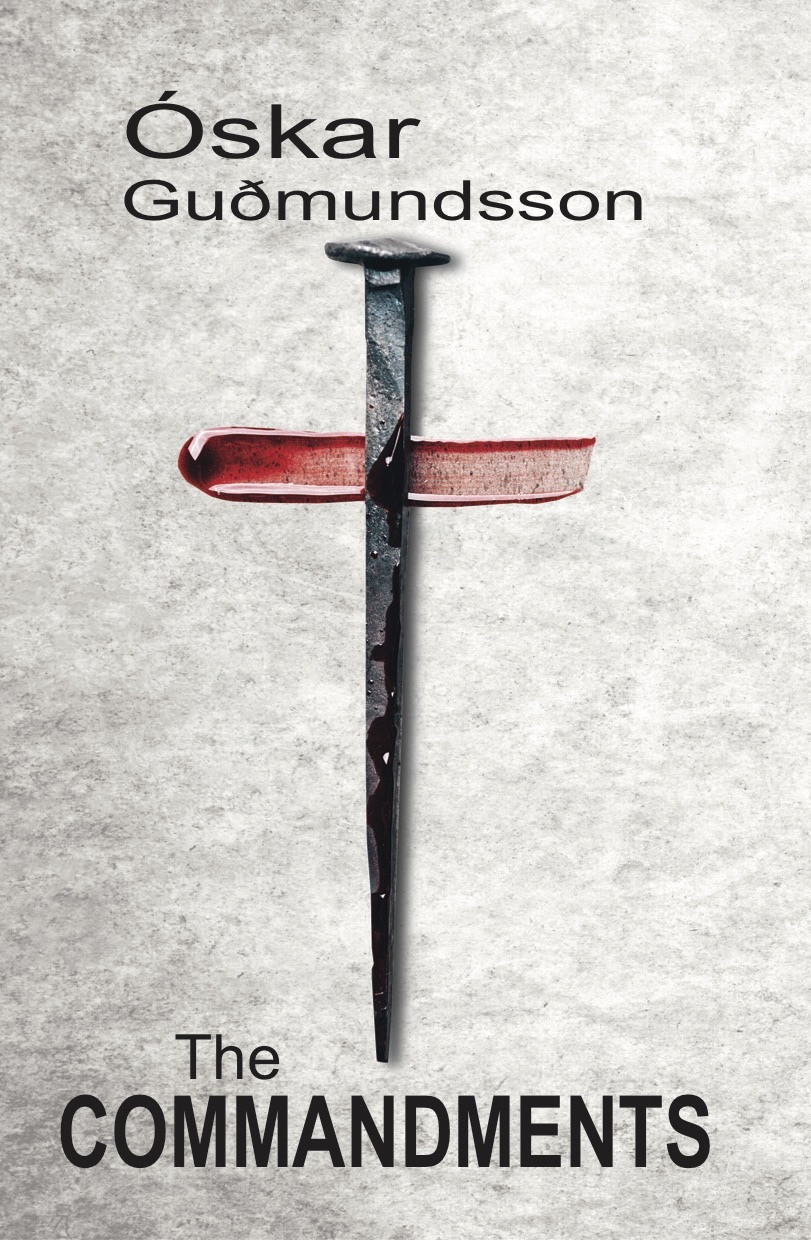 Corylus Books has delivered an array of fascinating translated crime fiction from countries such as Romania and France and this time it is Iceland's turn with The Commandments, a dark novel written by Óskar Guðmundsson, an author whose work has never been translated into English until now. Quentin Bates, an acclaimed writer and translator does a terrific job in capturing the distinct, unnerving tone of the original text and his work augments the overall quality of this publication. Guðmundsson chooses a theme that is overused in Nordic crime fiction and his storyline involves the horrific child sexual abuse by people in power, nevertheless his approach stands out due to its particular sense of detachment from the subject matter and the plausible characters who act and behave like normal human beings.

Salka Steinsdóttir is the protagonist and her character is fully developed through the course of the novel as the author gradually divulges the information regarding her personal history and traumatic past. Salka is not one of those cursed detectives that we often encounter in the works of the genre as she is not prone to vice and her attitude is rather straightforward and matter of fact as it is revealed to the reader through the plot's progress. Her professional experience that involves a brief spell in London CID helps her to navigate her well meaning, though inept, colleagues in a complex investigation that entails the brutal murders of a number of priests who have been accused for child abuse in the past. It seems that a vigilante killer is on the prowl and the reader has to guess his identity and speculate about his true motivation.

The novel starts with a flashback sequence in 1995 that sets the mood which will permeate the text as a whole. It is quite disturbing and predisposes the reader for what's about to follow. The dismal first chapter is succeeded by the graphic description of the murder of an-ex priest whose name had been involved in a massive scandal concerning the alleged sexual abuse of several minors by members of the Icelandic church. The victim is known to Salka as she was the one that interrogated him during the time that the scandal broke out and she still remembers his nonchalant conduct that enraged her at the time. His body is found in the altar of a church in the village of Greinivik, forty kilometers away from the northern town of Akureyri. The killer has mutilated his prey in such a manner that suggests revenge for his past crimes.

Salka will be drawn to the investigation mainly because of her mother's insistence to join the local police force of Akureyri and as the case evolves and the bodies pile up, she will find herself deep into an inquiry that is both sinister and disturbing. There is an ominous feeling looming over the story and Guðmundsson is skilled enough to keep the suspense alive while disclosing key plot points in a way that is measured and effective. There are some significant twists placed in the right time and place and the reader has to make sure that he reads the book until the final page to fully grasp the complexity of the story and the main character. Salka's troubled past experiences deem her a deeply human and three-dimensional protagonist and I hope that in the future we will have the chance to read more of her adventures.

It is refreshing to read an Icelandic crime novel that is not set in the capital city of Reykjavik and Akureyri, the second largest city in the country, proves to be a fitting terrain for the horrific story to unravel. In a way it is reminiscent of the books by other native authors like Ragnar Jonasson and Eva Björg Ægisdóttir who choose to place their stories in tiny towns or villages such as Siglufjörður and Akranes. The sense of place is unique and strong rooted in the author's ability to create vivid imagery and a credible depiction of everyday life in the northernmost parts of the country. There are some gory scenes that are bound to have a profound shock effect to the unsuspected reader, nevertheless the firmness of the plot keeps us glued on the page in order to find out what happens next. Readers who are familiar with the work of authors such as Erik Axl Sund and Samuel Bjørk will be able to spot many similarities in the writing style and choice of motifs.

After Sólveig Pálsdóttir's excellent novels The Fox and Silenced, Corylus Books continues to impress the readers with another high-quality publication of Icelandic Noir. The Commandments is a novel that will linger in your mind and make you think about the devastating impact of abuse in a young age, the thirst for revenge, and the institutionalized violence that is covered up and tolerated by the majority of the population. There are several despicable characters depicted on page who will make you boil with anger and empathize with the perpetrator. Guðmundsson shows how easy it is to side with the villain when the crimes of the victims are so appalling. I don't know if this novel signifies the start of a new series, but I certainly would like to read more of Guðmundsson's work as he is one of the most divergent fresh voices in Scandinavian crime fiction. I want to thank the publisher for providing a free ARC as part of this blog tour.