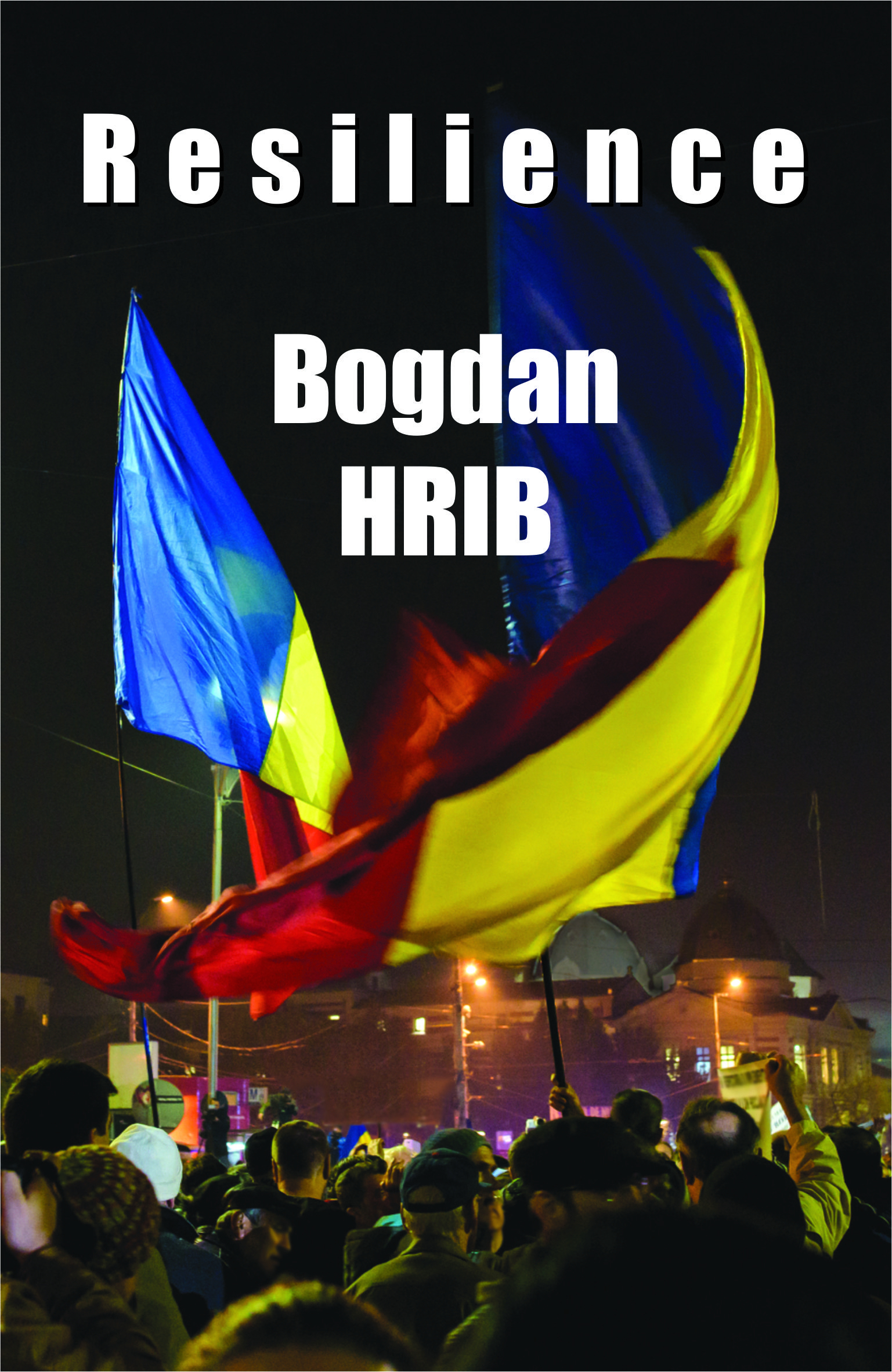 Partly a crime novel and partly a political thriller, Resilience is Bogdan Hrib's testament to the volatile geopolitical reality of the Balkan region and a first-class murder mystery at the same time. Readers who are familiar with the current socio-political situation in Eastern Europe will be in a better position to grasp the sheer complexity of the intriguing plotline while the more ignorant ones will have the opportunity to learn some interesting facts about life in Romania nowadays. In many ways, this book is reminiscent of another recent Romanian novel, also published by Corylus Books, Sword by Bogdan Teodorescu that portrayed the highly deceptive contemporary Romanian political scene in a relentless, almost naturalistic, manner.

In Resilience we dive into the murky world of international conspiracies, secret service chicanery, and social media manipulation by people with sordid purposes. There are several protagonists involved in the action and each one of them is outlined brilliantly by the author. It would be accurate to say that Bogdan Hrib is a writer who masters the art of characterization and the several players of the story have their own distinctive voice and style that renders them plausible and human-like. Furthermore, Hrib seems to have made a lot of research in order to present an astute picture of the Balkan maze of conflicting interests, remaining true to the historical facts that led to the current tangled web of European international relations.

The story begins when a young employee of the Romanian Cultural Institute in London, Ana Coman, is found dead on a beach in South Shields in northern England. Even though her death seems to be nothing more than a tragic accident, Ana's father, an obscure businessman named Pavel Coman, suspects foul play so he approaches Stelian Munteanu, a man known to have several connections to the police and secret services and asks him to investigate his daughter's case. Initially reluctant to take on the case, Stelian becomes convinced as he gets a chance to see his wife, Sofia Matei, who lives permanently in London. When his inquiry in England draws a blank, Stelian returns to Bucharest only to find that Pavel has been brutally murdered in his house by an unknown assailant. From then on, Stelian will embark on an adventure that will put the lives of those close to him in grave danger.

Stelian Munteanu is a fascinating protagonist and one that the reader can easily identify with. The way in which he interacts with the other main characters is often humorous and there are times when the dialogue offers a brief respite from the denseness of the story. His relationship with his wife, Sofia, and his old friend, Tony Demetriade, constitute the key through which the reader can learn more about the essence of his personality and understand his personal motives for getting to the bottom of this case. There are several references to Stelian's previous accomplishments featured in the previous installments in the series and I sincerely hope that we will soon have the opportunity to read the English translations of these books. At this point I have to mention Marina Sofia's impeccable translation that succeeds in conveying the original text's strength and sharpness.

There are several important themes tackled in this novel that have to do primarily with the immense power of today's technology and its ability to manipulate the masses for political gain. The Brexit fallout led to a rise of a multitude of separationist movements in Eastern Europe and to the booming of nationalism in several Continental countries. The author cites several interpretations of resilience, a broad term used in a variety of scientific fields, focusing on its use in politics and International relations where it is defined as "a new form of governance that endorses the impossibility of predicting threats". The significance of the concept becomes apparent to the reader only after the ending of the novel when the bigger picture is revealed. The story is like a quirky jigsaw puzzle and even though the reader has all the pieces before the finale, it is almost impossible to fit them together in a meaningful way. As a result, Resilience is a suspenseful text that retains the mystery from the beginning until the end.

To conclude, I would recommend this novel to the fans of crime, or even spy, fiction who enjoy reading books that involve a heavy political dimension. I have to admit that the author motivated me to search and learn more about Romania's recent history, the 1989 Revolution, the convoluted relations with its neighboring countries, and the influences from Russia and Poland. As a Greek myself I am also familiar with the level of corruption in the Balkan countries and I can identify with many of the challenges that the Romanian people are facing today. Corylus Books is a publishing house that excels at delivering crime novels from all over the world that encourage the readers to think aside from being entertained. I want to thank them from the bottom of my heart for offering this great opportunity to participate in this blog tour.