A modern Scandinavian interpretation of the classical cozy mystery.

Black Lake is a Nordic series (Danish, Swedish and Norwegian co-production) that attempts to mingle a classic mystery whodunit plot with supernatural horror elements and the result, though not thoroughly satisfying, is decent. The show casts an all-Scandinavian cast with actors from Denmark, Sweden, and Norway and each character speaks in his mother tongue, thus in some scenes, we are witnessing the paradox of people talking to each other all using different languages. The story involves the visit to an abandoned ski resort by a group of young Danish and Swedish people, to repair and reopen it. But the place has its own secrets and soon sinister phenomena begin to affect the visitors who will have to unearth the secrets of the past in order to stay alive and get out of there in one piece. The first season casts some genuinely talented Scandinavian actors with Sarah-Sofie Boussnina's (Bron/Broen, The Absent Ones) exquisite beauty shining in the eight episodes of the first cycle. Apart from her, the show casts Filip Berg (Evil, Blue Eyes), Nils Ole Oftebro (Mammon, Acquitted), and Aliette Opheim (Thicker Than Water, Johan Falk). It should also be mentioned that the second season of the show has been aired in 2018, but I think that the first season was better in terms of both plotting and characterization while the second had a rather weak story with uneven pacing and lack of climax in the ending.

The first season is playing with notions of supernatural interference and as I was watching the first few episodes I was afraid that I was witnessing another cliched haunted house thriller. Fortunately, that was not the case here as there is a strong plot unfolding throughout the eight episodes which involve a secret cannabis growing hothouse, morally questionable experiments on kids of the indigenous Sami minority, a romantic story, and characters becoming raving mad after living a few days in the premises of the ski resort. Hanne (S. Sofie Boussnina) is the character who leads an investigation to the history of the building and soon she finds out that it was used as a sanatorium for children twenty years ago. At the same time, she becomes convinced that a dead boy, Mikkel, is trying to contact her through some sketches that Hanne finds in the resort. Hanne also learns that a whole family was butchered there by the man who owned the building and she also steals some videotapes with him confessing his crimes. Meanwhile, the little group of people starts gradually to lose its cohesion as it seems that some of them are severely affected by the curse that haunts the place and when Jessan (A. Opheim) attempts to strangle her boyfriend for no apparent reason, the group of friends will realize that things might be a bit more serious than they initially thought. In the second half of the season, the body count increases dramatically and there is, perhaps, some reference to classic mystery novels of the "Golden Age" era as the show exudes a feeling that is close to Agatha Christie's "Ten Little Indians". There are plenty of questions open to the viewer's suggestions and interpretations, but in the end, all pieces are falling into place. The main flaw of Black Lake is its uneven pacing that derails specifically in the last four episodes. Even though the story is absorbing enough, the plot doesn't flow smoothly and there is an absence of a substantial, final climax to give a sense of closure to the audience.

Black Lake attempts to blend a variety of genres and it is one of the few Nordic television shows that can be categorized in the horror genre. I think that the show will appeal more to the readers who love Yrsa Sigurðardóttir's and John Lindqvist's novels. It also shares many similarities with another Swedish TV show, titled Rig 45 (2018) that unravels in a secluded setting, an oil-drilling site somewhere up north. It is certainly not the hottest Nordic Noir television production of the last few years, nevertheless, it offers some thrilling and chilling moments, especially in this first season. Keep in mind that both seasons consist of 8 episodes of 45 minutes each, so it makes for a rather quick watch. It is recommended for the fans of the genre and it is worth a shot especially if you enjoy contemporary spooky ghost stories and horror fiction works.

You can find the first season of Black Lake on Amazon.com: 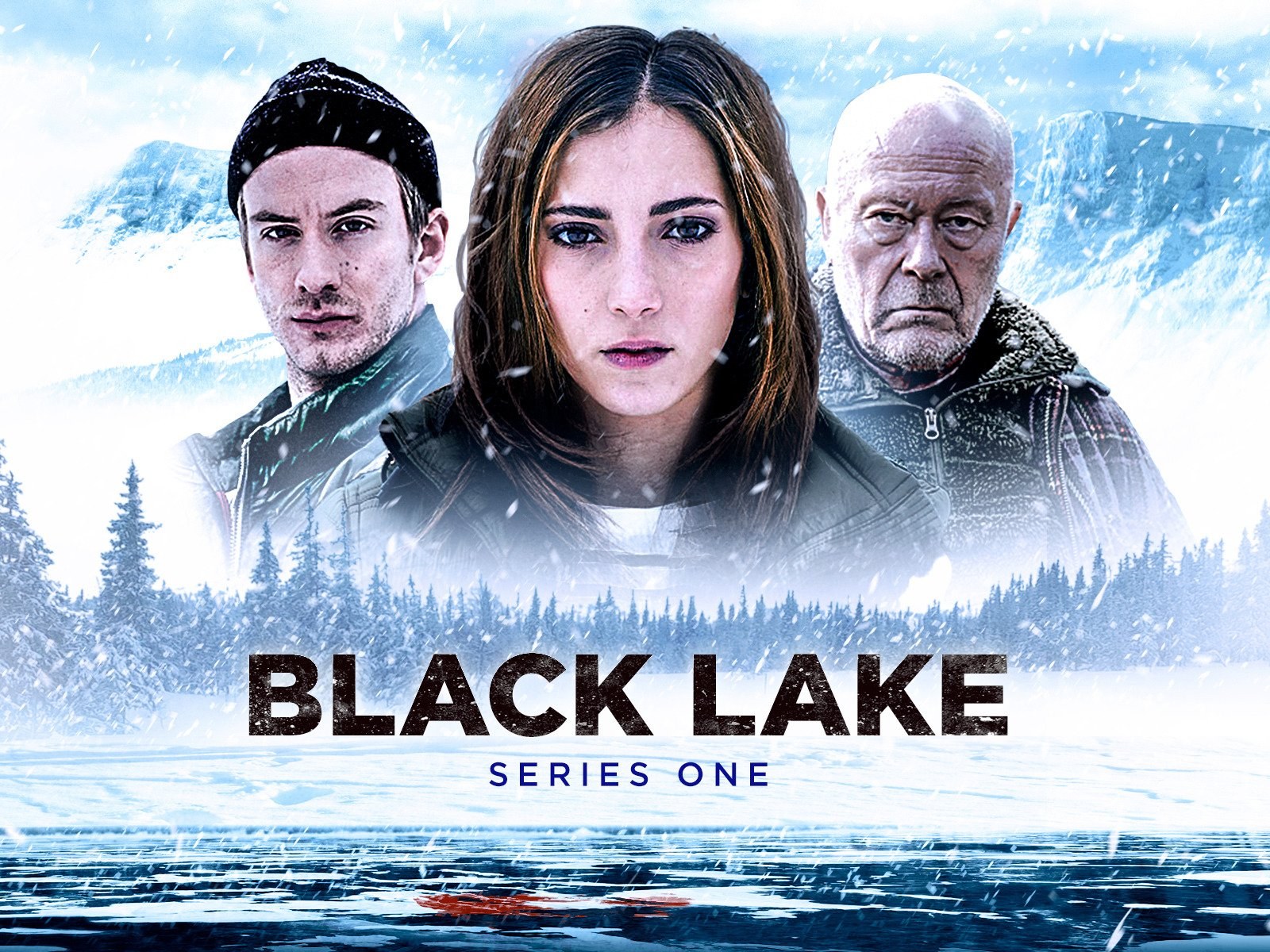