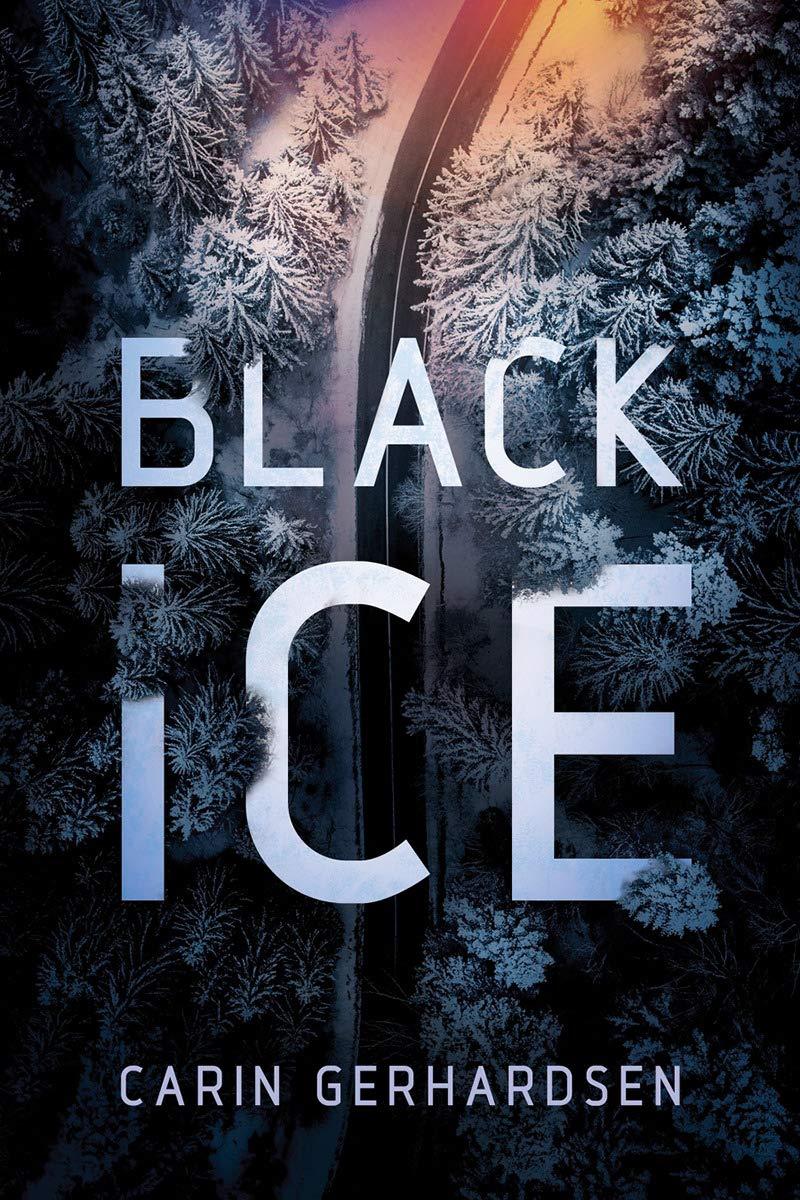 Carin Gerhardsen is one of the most inconspicuous Swedish crime writers and she is mainly known among her natives for the splendid Hammarby series set in the southern suburbs of Stockholm. The lack of English translations of her work makes Black Ice all the more enticing and in this novel, Gerhardsen proves that she should be more widely known as the book contains innovative narrative techniques and introduces a spin on how to tell a captivating crime story in dual timelines. The story is bleak as well as engrossing and the readers are kept on their toes due to the never ending twists and turns that dominate the plot as a whole. It's been a while since I've read a Nordic crime novel that dares to experiment and initiate a special kind of game with the reader who is constantly fed with misleading information only to be disproved as the story evolves. All our speculations and conceptions concerning the plot's reality are bound to fall apart as Gerhardsen enjoys teasing her readership in a masterful manner, while the main characters are drawn in a way that leaves room for various theories regarding their actual role in the story's events.

Sandra, Jeanette, Kerstin, and Jan are the protagonists who can't escape the consequences of a fatal car accident that has devastating effects on their lives. Their fates become intertwined and the relationships between them are complex and subject to change as the story moves onwards. The hit-and-run accident causes great distress to them for different reasons and its effects linger for more than four years during which they struggle to survive and lead a normal life. The narration jumps back and forth between 2014 and 2018 and in the course of the novel we witness the calamitous ramifications of secrets and lies that always come back to torment all those who are implicated to the case. This is not a police procedural, the authorities play as little a role as possible, and the emphasis is given on the characters and their turbulent emotional state that leads them to desperate actions. Black Ice can be read as a first-class psychogram and the author is skillful enough to create an array of compelling characters that win the readers' empathy despite their flaws.

When Sandra, an unimpressive young woman accepts to take a lift from a stranger, she falls victim of an unspeakable crime. Jan Hallin is an unscrupulous individual who doesn't hesitate to rape her in her own home. After she leaves Sandra's residence, Jan is involved in a car accident that results to the agonizing death of the other driver. Afraid of alerting the authorities because of his own entanglement in the occurrence, he flees the scene and continues his everyday life. Jeanette, who is near the scene of the accident along with her lover, Peter, instead of helping the dying victim decides to remain silent as Peter steals a vast amount of money that he finds in the trunk of the car. Nevertheless, before leaving she takes some photos that incriminate Jan and she sends it to the victim's widow, Kerstin. As Kerstin receives the photos, she has to decide if she will call the police or not. Finally, she chooses to attempt to blackmail Jan with the pictures taken by Jeanette, but the outcome is not what she expected.

Gerhardsen handles smoothly the double timeline narrative, while she also interjects some snippets from the local newspapers that act as objective additions to a purely subjective storytelling. We witness the story unfold through the eyes of the four protagonists and the author is adept enough to guide the reader through the complex liaisons between them that become all the more convoluted as the story reaches its climax. There are many clever spins in the plot placed strategically in each part and the reader always feels to be one step behind from what is depicted on page as there are many red herrings and intentional misdirection by the author. The whodunit element remains alive throughout the story's evolution and the final revelation is unexpected and effective as a parting shot. In Black Ice nothing can be taken for granted and you should be prepared for massive surprises as far as the direction of the plot is concerned.

I enjoyed this novel a bit too much as I found Gerhardsen's way of storytelling to be compelling and as a consequence the book is unputdownable and heavily entertaining. It's a bit different from the majority of the other Nordic crime novels and its focus on the characters' inner thought process and emotional turmoil deems it a different kind of Scandi-crime book. It was my first experience from this author and I sincerely hope that the English-speaking readership will soon have the opportunity to read more of Carin Gerhardsen's work. If I had to rate it, I would give it a solid 4/5 stars and I can recommend it to those who enjoy twisty, character-oriented psychological thrillers set in a gloomy landscape. The setting of the novel is Gotland, Sweden's largest island, in the winter and the portrayal of the small community where everyone knows everything about his neighbor is accurate and solid. To conclude, Black Ice is the perfect choice for Nordic crime fiction's aficionados and Gerhardsen is definitely an author to look out for in the future.