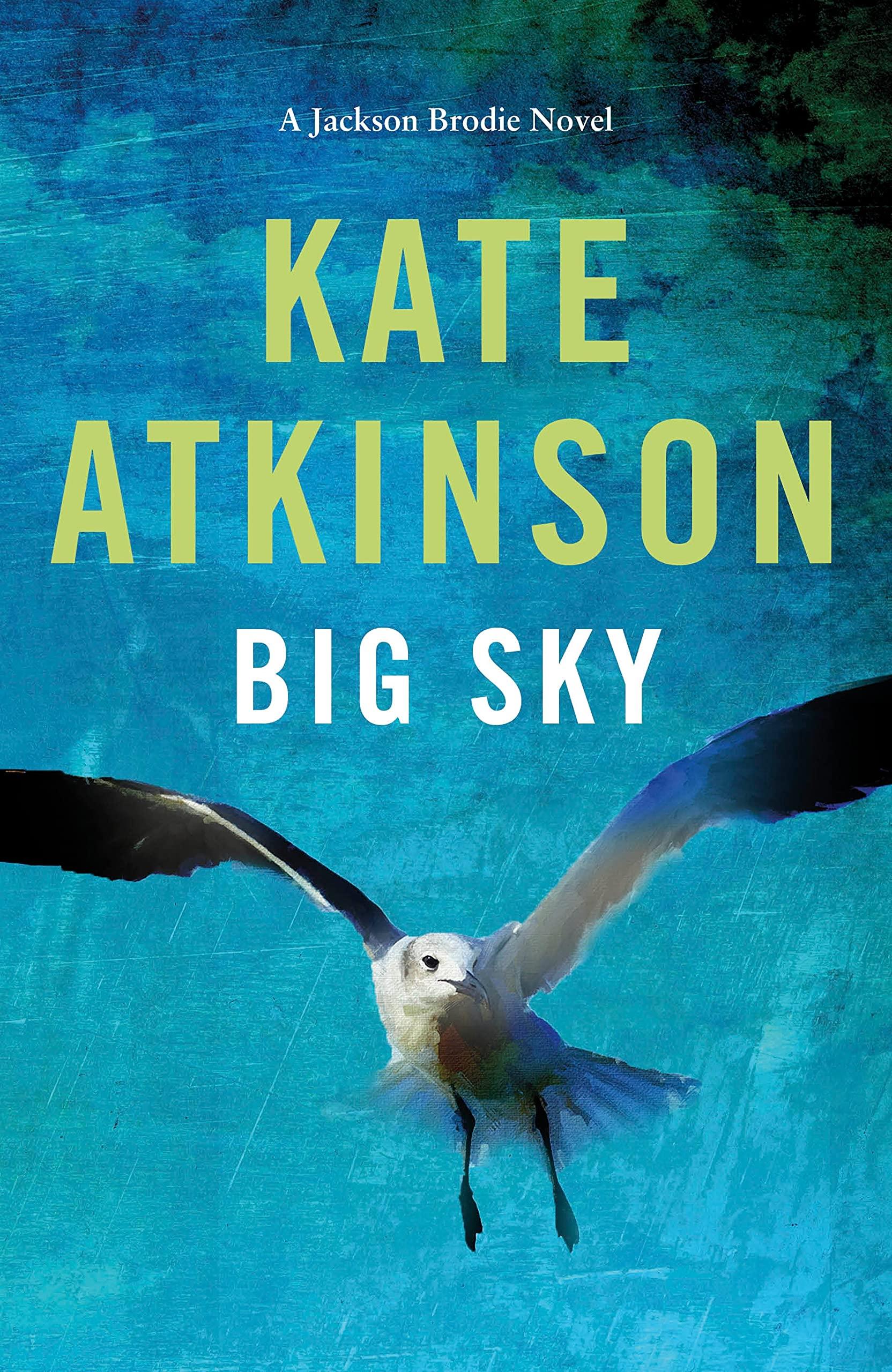 In 2019, nine years after the publication of her last Jackson Brodie novel Started Early, Took My Dog, Kate Atkinson decided to make a precious gift to her loyal readership by releasing the fifth installment in the series, Big Sky, rekindling the saga featuring one of the most beloved protagonists in the crime fiction genre. Jackson Brodie is a fairly complex character as his personal history is loaded with tragedies and his thought process, depicted so graphically on page by Atkinson's pen, often feels unnecessarily convoluted and labyrinthine even on subjects that seem to be rather straightforward. His musings on his current predicament, being a father to a sulky teenage son, Nathan, and without any kind of romantic or sexual activity, offer much needed respite from the themes explored in the novels, in this case the trafficking of young women who are lured into the country with the promise of a decent job only to end up working as sex slaves.

Even though the subject matter of the book is horrifying, Atkinson moves past that hurdle by injecting dashes of humor and suspense in the text which is brimming with witty remarks, advanced vocabulary, and exemplary descriptions of the main characters, in short the trademark characteristics of the English author's prose. Atkinson augments the multiple perspective narrative as the story unravels through the eyes of several characters who are all equally important to the plot. There were times, especially in the beginning of the novel, that I felt confused by the sheer number of players in this story and I felt that I had to keep notes in order to keep up with the narrative. Nevertheless, the author's experience shines as the plot moves forward and each character is strategically placed in their respective roles, all putting their little stone in the evolution and climax of the story. Thus, Jackson's point of view occupies as much space as Harry's, Crystal's, Vince's and so on.

The final result is a multifaceted novel that encapsulates several distinct narrative voices and harmonically attune them, creating a sparkling assemblage very much reminiscent of the work by certain Scandinavian crime writers who too often choose to employ the multiple POV in their books. The story picks up pace after the first third of the novel and until then the reader struggles to discern which is the main storyline as there seems to be a lack of centralized narrative feeling like that the tale lacks focus. However, it is right in that point where everything becomes clearer and events that change the course of the story towards a more mysterious and suspenseful road are introduced. There is a murder, a woman who is stalked by a silver car, a group of friends who earn money through the exploitation of naïve young women, and in the middle of it Jackson Brodie, an ex-policeman and current private investigator who becomes entangled in the cases through various means.

The story begins with Jackson being on an outing with his son and we get a first glimpse of the many malfunctions in their relationship. Nathan's mother, Julia, is working as an actress in a popular crime television show and her voice is repeatedly summoned in Jackson's mind as Julia's acerbic observations and critique on his way of life has been deeply embedded in his soul. In the professional front, Jackson leads a mundane existence as the most fascinating cases that he investigates have to do with cheating husbands and suspicious wives who assign the protagonist with the task of documenting the adultery. Things will begin to change after a chance encounter with a man who is about to jump from a cliff to his own death. Jackson will convince the man, whose name is Vince and his role in the story is critical, to change his mind and after that, Jackson will delve into the murky waters of sex trafficking conducted by some of the most prominent members of his community.

As I mentioned above, Brodie is just one cog in the vast machine of the novel's plot. He doesn't investigate in the classic sense of the word, Big Sky bears no resemblance to the typical police procedural where a detective along with his team meticulously collect evidence and use deductive reasoning in order to solve a crime. Jackson just happens to be in the wrong place at the wrong time and this prove to be enough for him to become interested in the cases(s) and the people that he meets. Atkinson's emphasis is put on the people, much more than the plot, and she is interested in portraying her characters in a deeply humane manner that makes them feel all too real and identifiable to the reader. The motives, the impact of the past mistakes, the complex familial relationships that feature prominently in this novel, and the cost of loss are all human orientated aspects and the author uses her unique insight into other people's thinking to draw accurate portraits of each character. For example, Harry and Vince are complete characters ,even if their sub-stories initially seem far away from the center of the plot, because the author devotes many pages to the vivid description of their reality through their own personal perspective.

It is the singular characterization that mainly sets Big Sky apart from other crime novels and renders it a novel not to miss even if you are not big on crime fiction in general. I believe that fans of high-quality literary fiction will much appreciate Atkinson's idiosyncratic way of writing and will find her storytelling to be equally compelling to the biggest names in their favorite genre. By the above, I don't mean that crime fiction aficionados will reject the book, I just want to stress once again the fact that its merits revolve around aspects other than the plot's intricacy or story twists. I have to admit that I've only read one book by Kate Atkinson, the delightful Transcription, a spy thriller set in the decades of 1940s and 1950s. I massively enjoyed this title and from then on I swore always to be on the lookout for new releases by the author. Since I'm not familiar with the previous volumes in the series, I'm not in a position to inform you if it would be better to read the books in order. Big Sky features a self-contained story, but perhaps knowing things about the characters' background would enrichen the experience. Perhaps I will go back and read one of the early novels in the series as I got totally hooked by Jackson Brodie's adventures.