The origins of Saul Goodman.

The prequel to the notorious Breaking Bad phenomenon, Better Call Saul tells the story of Jimmy McGill whom we met as the unscrupulous lawyer of Walter White in AMC's classic. Before Jimmy became Saul Goodman ("It's all good man"), he was a public defender taking on minor cases with little pay. His life besides his elder brother Chuck, a highly successful attorney owning a legal firm in Albuquerque, contains a bizarre element as Chuck has an undiagnosed disease that causes him to get confused when exposed to any kind of electricity. The relationship between the two brothers is one of the main story arcs in this show and as the seasons succeed one another we learn more about their shared past and the origins of their mutual feelings of both love and resentment. In parallel, we also witness the beginnings of another beloved Breaking Bad character, Mike Ehrmantraut, the tough-as-nails ex-cop who doesn't hesitate to go against the mafia on his own, even though he is reluctant to kill another human being.

Jimmy and Mike's fates collide in more than one occasion and slowly they develop a particular kind of friendship, even though Mike is a taciturn man who never lets his feelings show. Jimmy, on the other hands, is a skilled rhetorician but his talent seems to be wasted as it is evident in the first episodes of the opening season. His shady past as "Slipping Jimmy" still haunts him. This was his nickname when, during the days of his youth, he used to run a vast number of scams extricating money from naive individuals through various means of deception. Chuck never forgets his little brother's past and he is still not convinced of Jimmy's potential to become a decent lawyer and a law-abiding citizen as Jimmy keeps cutting corners even in his professional capacity and the results are often awkward. Kim Wexler, Jimmy's girlfriend (?) is another one of the main characters and her role is to act in a way that protects Jimmy from his deviant behavior.

The first season is about Jimmy's struggle to get a proper job as a lawyer and stop being an ambulance chaser. As the story evolves, we get to meet the other main characters: Mike, Kim, Howard, Chuck. All of them are more than well-rounded as fictional creations and their lines ring true even to the most distrustful viewers. The dialogue is solid with plenty of humor to embroider the narrative and the interactions between Jimmy and Chuck are often borderline absurd. The story progresses slowly and many reviewers seem to think that this the show's big minus. Nevertheless, in my opinion, the pacing is even and as it should be in a show that doesn't pretend to be one of your typical crime series and extends its wings to contain elements from various different genres. It may seem slow to those who are addicted to action-packed crime shows, but those who have watched Breaking Bad are certain to appreciate the piecemeal development of the characters and the emphasis on Jimmy's double-edged persona.

In season 2 more characters from the Breaking Bad make their appearance such as Tuco and Hector Salamanca, We all remember the lunatic Tuco and his aggressive attitude towards anyone who crossed his path. Hector, Tuco's uncle, is a mafia boss and involved in a number of illegal activities such as drug trafficking and racketeering. Mike will become well acquainted with the Salamancas, when Nacho, a low-level Hector's henchman, asks him to kill Tuco. Mike and the Salamancas will butt heads and soon the situation escalates to a peculiar vendetta. In season 3 we also encounter Gus Fringe, Walter White's "boss", who enters the scene to make things all the more complex for Mike. Gus and Hector are always at odds and since I am only now watching the third season, I can imagine that this sub-plot will be explored thoroughly in the next episodes and seasons. Keep in mind that, so far, there are five seasons aired and hopefully there is a sixth on the way.

Jimmy's and Mike's stories seem to unfold without any visible connection between them, at least at first sight, but there are some crucial moments when the two men cooperate, exchanging favors to one another. Due to his status as a lawyer, Jimmy is often called as legal help or when there is something to be done that demands cunning and moral flexibility. The main question permeating the show is whether Jimmy is essentially nothing more than a con-man or that he possesses virtues that atone for his various misdeeds. There are instances where we see a man who is indeed crooked and is ready to do anything in order to achieve his goal and others where we observe a kind-hearted individual who truly cares for his brother despite their many differences. We are constantly left hanging regarding the aforementioned query. Each viewer is left to decide for himself as there are definitive answers allotted by the creators of the show.

Those of you who familiar with Breaking Bad's characters will get the chance to see the beginnings of some of the main players of the legendary series. Nevertheless it's not necessary to be aware of the sequel as the plot and story are totally distinct and require no previous knowledge of people and situations. Better Call Saul is a great, slow-burning show about people and the pitfalls of a life of crime. I believe that Jimmy McGill is one of the most well-written characters in television in the last few years and his buildup is tremendously well-crafted. I also think that the first season is perhaps the most dreary one, but from season 2 onwards the story becomes all the more fascinating and knotty. I already binge-watched two and a half seasons and I'm determined to watch the whole 5 seasons in one go as this is one of the best shows that I've watched at least for the last few months. The show is a Netflix original and you can find it in the relevant catalogue. 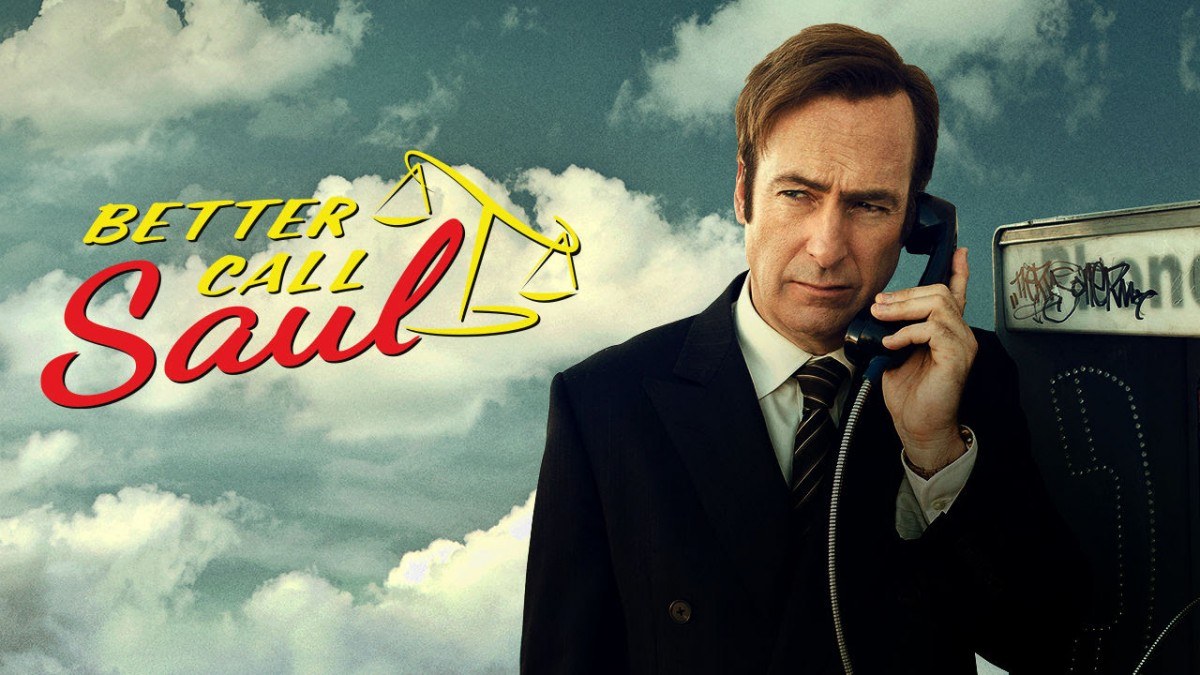