This is a review that covers the first two seasons of the much-lauded Swedish television series, Before We Die (original title: Innan vi dör), an ambitious production that set a high standard with an excellent first season, but failed to meet the high demands of the audiences in the second one. The show casts some very popular Swedish thespians such as Adam Pålsson (Bron/Broen-Season 3, Young Wallander), Magnus Krepper (Inspector Winter, The Girl With the Dragon Tattoo), and Alexej Manvelov (Chernobyl, Top Dog) while the screenplay is written by Niklas Rockstrom (Wallander, Alex, Caliphate). The first season revolves around the infiltration of a criminal family by a young ex-con, Christian, aided by his mother, Hanna, and her colleagues in the organized crime unit of Stockholm's police. In the second season, we watch a traumatized Christian returning to Sweden after a brief stay in Costa Rica to penetrate once again a group of corrupt cops who are involved in drug trafficking and grand theft. I found the plotline of the second season to be repetitive and formulaic, lacking the spark that made the first cycle so compelling and engaging for the viewers. Furthermore, in the first season, the audiences had the opportunity to witness one of the most stunning plot twists ever seen in the Nordic noir television series, one that left them speechless because it reversed the perspective through which they were watching the story.

The first season begins with Christian (A. Pålsson), entering a nightclub in Stockholm intending to sell illegal substances. His mother, Hanna (M. Richardson), arrests him on the spot and sends him to prison for a brief stretch. Then the show cuts to the present day where Christian is released and meets an old friend and a high-ranking police officer, Sven, who also happens to be Hanna's secret boyfriend. Christian tells Sven about a robust Croatian criminal family, the Mimicas, who aspire to expand their influence by becoming the prime drug kingpins in Scandinavia. He asks Sven's help to infiltrate the family, using Stefan, a member of the Mimica's clan whom he met during his stay in prison, as a trojan horse. Sven is reluctant initially, but he finally agrees to be Christian's handler. He gives Christian an alias, Inez, by which the infiltrator will give him the information he needs in order to bring the Mimicas down. When Sven gets abducted and murdered by some unknown assailants, Hanna and her colleague Bjorn (M. Krepper) will have to take over as Inez's handlers as they suspect that the Mimicas are responsible for their friend's killing.

The first seasons' plotline is complicated, dense, and multifaceted as there are a lot of players involved. The Mimicas family, two criminal motorcycle clubs, The Mobsters and The Delinquents, a leak inside the organized crime unit who sells information to the head of the Mimicas gang, Davor (A. Manvelov), and many other characters that comprise the fascinating fictional universe of the series. The story is narrated in ten, one-hour-long episodes. There is a lot of suspense, as, on many occasions, Christian's true identity is threatened to be exposed, signing his death warrant. Furthermore, Hanna and Bjorn will have to work as a team, without the rest of the organized crime unit knowing anything about their case, as they immediately suspect the existence of a leak, something that would put Christian's life in danger. There are a lot of surprises and turns in the story while the final plot twist blows the viewer away with its ingenuity and consequences for the protagonists.

The second season begins with Christian being away in Latin America, trying to get over the devastating events of the previous season's finale. Hanna is determined to find the leak and as she investigates the matter, she stumbles upon a ghost criminal group of rogue cops who steal drug evidence from the crime scenes and sell it to gain profit. The group is called "The Circle" and Hanna soon convinces Bjorn to help her uncover the identities of The Circle's leaders and members. At the end of the first episode, Christian reappears and Hanna decides to once again put him in harm's way as she urges him to penetrate The Circle by gaining the trust of some already known members. Thus, Christian will embark on a new adventure that will perhaps atone him for the things he did while being away in Costa Rica.

The second season is definitely inferior to the first one. It is slower in its pacing, the storyline seems to be generic and lacking the edge that made the previous one such a success, and even the actors are not in top form either. The story unfolds in eight episodes of one hour each and is tedious at parts. The finale leaves the audience unsatisfied, though it hints at a forthcoming third season. The characters that we loved and identified with in the first season seem to be shadows of their former selves and an overall dejected feeling is prevalent in this cycle. I think that the following season should return to the original production model that made Before We Die one of the most exciting Scandinavian crime television shows. We can only hope and wait. 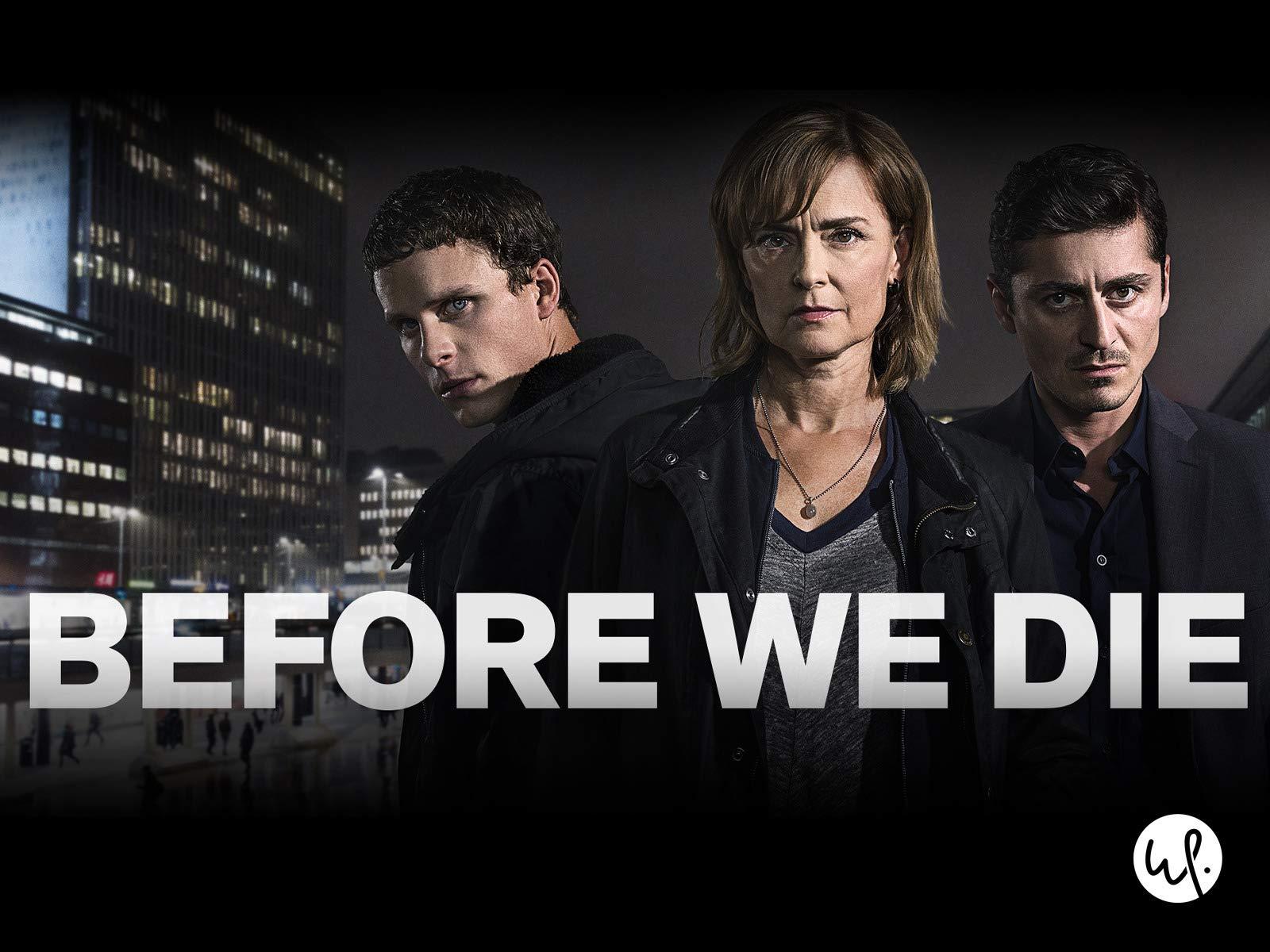