Ice hockey as redemption for a whole community.

Based on Fredrik Backman's titular novel, Beartown is a spectacular visual exploration of the murk that lies behind the shadows in a small Swedish town where the only lantern of hope for the residents is the ambitious juniors ice hockey team. The team becomes an outlet for the peoples' confounded aspirations and a symbol of the closed knit society's -lost- unity and optimism. But, when a tragic event takes place at a party where a the players celebrate their win in the local semi-finals, things will turn for the worse as tension rises high inside the walls of the community. The creators of the show focus on the great optics and the result is fascinating as Beartown is one of the most visually intriguing Scandinavian series of the last few years. The frozen landscape provides the perfect backdrop for the disturbing story to unfold and the photography is breathtaking, depicting the harshness of the northern Swedish wilderness. The title is highly symbolic and as the plot evolves, the audience grasps the playful dimension of the town's naming.

It all begins when Peter Andersson (Ulf Stenberg) returns to his hometown after being a successful NHL player for several years. Peter is accompanied by his wife, Mira (Aliette Opheim), and their two children, Maya (Miriam Ingrid), and little Leo. Very quickly, Peter becomes the coach of the juniors ice hockey team and his expertise proves to be beneficial for all the young players. Kevin Erdahl (Oliver Dufåker) is the star player of the team and his performance is always the barometer of Beartown's chances of victory. Kevin's father, Mats (Tobias Zilliacus), is an oppressive patriarch who shares bad blood with Peter from the distant past. Their strained relationship will become evident from the beginning and it will continue to be palpable until the ending of the last episode. Nevertheless, Peter believes in Kevin's talent and he supports him in every possible way. The result is Beartown's victory in the local semi-finals and, as the enthusiasm sky-rockets among the members of the community, Kevin throws a party in which he also invites Maya. Maya will accept as she feels intimate with Kevin, but during the party she will realize that he is not the person that she thought he was.

As Maya suffers a brutal attack, she will have to fight to overcome the feelings of victimization and desperation that envelop her. She will also have to choose between remaining silent and learn to live with her trauma or going against the most prominent member of the Beartown community, Kevin Erdahl. Her inner struggle is portrayed vividly through Miriam Ingrid's stunning performance that captures the essence of the character's confusion and turmoil. The audience witnesses Maya's family reaction to their daughter's confession and the ensuing chaos that erupts as the local society seems to be at least suspicious of Maya's accusations. Peter will have to pay the price for Maya's affliction as he is challenged by the locals and his job is put at risk. The consequences for Peter's family are enormous and they constitute the main narrative vehicle through which the screenwriters choose to relay the story. There are several subplots though their importance and overall gravity varies. For example Benji's (Otto Fahlgren) personal story, even though it is interesting and worthy of the audience's attention, it bears no significance for the main storyline.

Beartown is a high values production that enthralls principally due to its cinematography and solid performances by both the protagonists and the supporting actors. Even though the main plotline may seem a bit contrived, as we have seen similar tales featuring tight-knit communities in many productions of the genre, the strong sense of place makes for a rewarding watching experience. The show evokes many feelings from the audience, ranging from mild disturbance to sadness and compassion for the main characters while the ending, though a bit underwhelming, brings closure to the story. There is also the chance for the viewers who are not familiar with Fredrik Backman's work to delve into the universe of the popular Swedish storyteller. The 2015 cinema adaptation of his best-seller A Man Called Ove featuring Rolf Lassgård and Filip Berg was an immense success and made Backman known to a wider audience. There is also a TV adaptation of his novel Anxious People in development and, luckily, it will be broadcasted in 2022.

In conclusion, Beartown is a show recommended to all Scandinavian crime/drama fans and, of course, to those who enjoy Fredrik Backman's fictional creations. Furthermore, fans of sports shows will be equally satisfied as there are many scenes illustrating the tough world of ice hockey and the sacrifices that the players have to make in order to gain the trust of their coach. Keep in mind that the story is not a pleasant one and many viewers may feel a bit uncomfortable especially during the last two episodes of the series. Nevertheless, Beartown is worthy of your full attention and you will find yourselves thinking about it a long time after finishing watching due to its appeal to the audience's most refined emotions and great visuals. 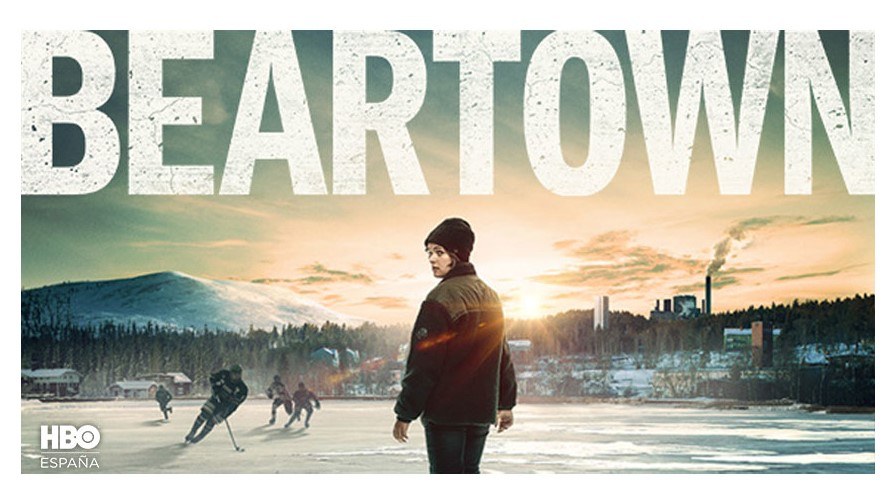