Another gem, written and directed by Joel and Ethan Coen.

Barton Fink is, my very, personal favorite Coen brothers movie, and John Turturo gives a marvelous performance in his role as the titular Barton Fink, a playwright who is ready to take the big step and write the script for a feature film in Hollywood. Barton will have to face a severe writer's block while peculiar literary personas and his mysterious neighbor (John Goodman) in the -hellish- hotel that he now resides. As the plot progresses, our protagonist will have to face a nightmarish scenario that involves finding a murdered woman in his hotel bed, totally ignorant of what happened.

The point in Barton Fink is not its intricate and labyrinthine plot, but the characters and the remarkable dialogue written by the Coen brothers. All characters, except Barton himself, possess a bizarre cartoonish quality that gives the movie a hyper-real dimension. The Capitol production director Jack Lippnick, portrayed impeccably by Michael Lerner, the suspicious hotel employee (Steve Buscemi) and the renowned literary giant W.P. Mayhew (John Mahoney) all have a caricature aspect. There are also actors in the cast that have cooperated with the brothers many times such as Jon Polito in the role of Lipnick's sidekick, Lou Breeze.

The movie is somehow self-referential for the Coen brothers, there is a kind of meta- feeling -especially in some parts- and I could easily imagine Barton Fink as Joel or Ethan. There are a lot of interesting arguments and ideas here and the viewer should be focused on the great dialogue through which the above originate. In my personal opinion, Barton Fink along with The Man Who Wasn't There and Fargo are the top-3 films created by Joel and Ethan Coen. It should also be mentioned that this film's production began when the two auteurs made the bold decision to take a break in the shooting of Miller's Crossing taking advantage of this hiatus to create Barton Fink. So the film was, in a way, a side-project for the brothers and the result is what we saw one screen. Another cornerstone for the Neo-noir genre, yet this movie even though it shares some common characteristics with the genre's requirements, it cannot be strictly confined in just one genre. I would claim that it permeates more than four -perhaps- five genres at the same time. It won all three major awards (Palme D'or, Best Director, and Best Actor) at the Cannes Film Festival. 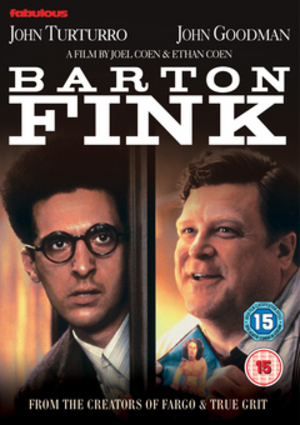