Loyal to the spirit of "Missing".

After a disheartening and underwhelming first cycle, Baptiste returns with its second season which is more reminiscent of the original Missing series where we first met the protagonist, Julien Baptiste. Baptiste is an old sleuth who is famous throughout the country for solving some of the most puzzling missing persons cases. In the two seasons of Missing, we watched as the retired CID Inspector helped the families of several missing children to track down their abducted offspring at any cost. Baptiste is an unconventional investigator who often has to clash with the official authorities in order to get results and his obsession with the cases he works on leads to his estrangement from his own family. The compassion for the grieving parents, the persistence with which he conducts his inquiries, and the unique intuition that helps him to detect the culprits are all trademark characteristics of one of the most compelling protagonists in the television productions of the genre. In Missing, the audience had the opportunity to follow Baptiste in two extraordinary kidnapping cases and witness first hand the consequences for the families involved as well as the toll it took for him in his quest for the truth. Both seasons were extremely well filmed with solid plotlines and a double timeline narrative structure allowing the viewer to watch the story unfold in the past and present.

After the finale of the Missing's second season, I was waiting to see if the producers had a third cycle in their plans and I was happy to learn that a spin-off series was going to be aired under the title Baptiste. Unfortunately, the first season of the new show was less than satisfying as it was radically different from its predecessor, featuring a a rather weak storyline framed with cardboard villain characters, counting almost entirely on Tchéky Karyo's performance as Baptiste which of course is not enough to soothe the the all-embracing dullness of this season. Even though there were only six episodes (of one hour each), I felt bored and watched the final two episodes for the sole reason that I rarely give up on any novels, movies or TV series as a general rule. I felt entirely disenchanted and frustrated that one of my favorite shows had stooped so low and when I recently saw that a second season has been aired, I was initially too apprehensive to give it a try. Nevertheless, it was worth a shot as it seems that the creators have learned something from the mistakes of the previous season and decided to return to the spirit of the Missing in terms of plot and narrative structure.

The second season begins in Hungary where the British ambassador, Emma Chambers (Fiona Shaw), is residing along with her family in a luxurious hotel during a skiing holiday in the mountains. One fine morning, Emma wakes up only to realize that both her husband, Richard, and two sons have disappeared. A maid of the hotel claims that she saw the husband walking westward in the early hours of the morning and that's the only potential lead that the authorities have in this case. When Julien Baptiste learns about the disappearance of Emma Chambers' family, he travels to Hungary and offers his services to the distraught mother and wife. Soon, Baptiste realizes that the local police made a serious mistake taking the maid's testimony for granted and he finds the body of Richard in the woods near the hotel premises. From that point onward, Emma and Julien will team up in order to find the two missing boys who seem to have been kidnapped.

Then the show cuts to fourteen months later, in the present timeline, where we watch a dishevelled Baptiste walking drunk in the streets of Paris, causing trouble and being arrested as a common low-life criminal. It seems that during the last year, Baptiste's life has spiralled out of control and the reason for that lies in the events that that took place in Hungary fourteen months earlier. Julien is approached by Emma who tells him that she has found the man who is responsible for her family's tragic fate. The man whose name is Andras Juszt (Miklós Béresa), is locked up in the back of Emma's car and Baptiste is drawn back in an investigation that he thought has ended more than a year ago. Julien and Emma will enlist the help of Zsófia Arslan (Dorka Gryllus), the retired police officer who was in charge of the initial investigation on the kidnapping. The three of them will have to overcome severe difficulties as the case involves Far-Right groups and a mysterious extremist figurehead called "Gomorrah". As they gradually begin to progress and get closer to revealing the truth about what truly happened to Emma's sons, things become all the more tangled as there are significant interests at play involving politicians and financial giants.

The use of the double timeline works pretty well and amplifies the mystery while the performances by all the actors are more than convincing. Both Tchéky Karyo and Fiona Shaw are splendid in their respective roles and Dorka Gryllus is a nice surprise as her portrayal of Zsófia is measured and the sub-plot concerning the death of her father by a group of neo-nazis is equally disturbing and heartbreaking. All the various sub-plots are effectively incorporated into the main storyline and they make total sense, something that couldn't be said about the show's first season. There are also some interjected scenes where the audience takes a glimpse into Julien's troubled family life and explain the overwhelming guilt that torments him as a character. Viewers who are familiar with Baptiste will be rejoiced to watch his latest adventure and those who haven't watched the Missing or the first season of this show will be introduced to the fascinating world of the French former detective. I would urge you to skip season one and watch this cycle as it stands at a higher level on every account. 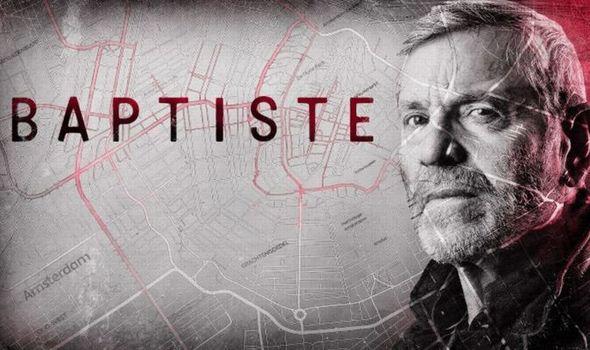