A cunning crime comedy from Norway, based on a Jo Nesbo's story.

Arme Riddere is a short, in running time (85 minutes), but also fascinating and enticing viewing experience that will appeal to the many Nordic Noir fans around the globe as it is based on a story by the Norwegian super-star crime writer, Jo Nesbo, the author of the notorious Harry Hole series. This is a really dense film where the intricate as well as -in many parts- amusing plot unfolds at a brisk pace, leaving no room for pointless dialogue scenes that contribute nothing to the movie's central theme and plotline.

The story sets off when four friends and colleagues win the Jackpot in the national lottery and it is narrated through the police interrogation of the main protagonist, Oscar, who is the last man standing alive, as all his other friends are dead. The main question of the film is this: is Oscar a reliable narrator of the events that occurred after the lottery win or he is lying in order to keep himself out of the prison? The riddle is solved in the last -intent- ten minutes of the film where everything turns upside down, as it often does in Nesbo's stories.

This is a movie that is worthy of your attention and its short running time makes it even more easy to watch. The cast is doing a fine job with some of the most well-known and respected Norwegian, and Scandinavian in general, actors starring in the main roles. Peter Andersson (The Girl With the Dragon Tattoo, Kommissarie Winter, Kraftidioten), Henrik Mestad (Okkupert, Conspiracy of Silence) and Mads Ousdal (Varg Veum, Wisting) are some of them. If you are a Jo Nesbo's, fan, you should watch it immediately and the same goes for every Scandi-Noir aficionado. 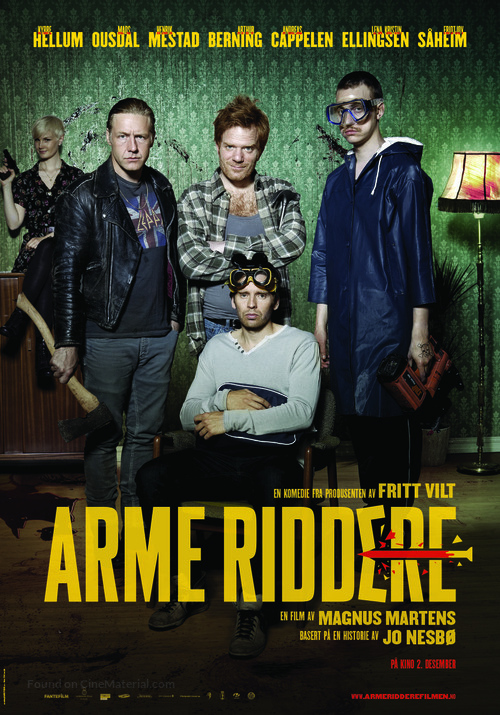