A filmic beacon for universal freedom from totalitarianism.

This is a film dramatizing the events of the "Trial of the Juntas" that took place in Argentina in 1985 and lasted for five months. In 1983, the democracy in the country was restored after a seven-year military dictatorship that overthrew Isabel Perón, widow of former President Juan Perón, during the March 1976 coup d'état. The coup was organized by the National Reorganization Process (in Spanish: Proceso de Reorganización Nacional, or simply el Proceso) and established Argentina's last military dictatorship in a country that is crammed with similar analogous regimes throughout its history. The conspirators reigned tyrannically, and their years of power were marked with gross violations of human rights, war crimes, and the murder of thousands of political dissidents, thus earning a special name for that period of incessant atrocities, the so-called "Dirty War" that the dictators declared against peronists and leftists. Thus, the need for a trial of the pioneers of "The Process" was deemed paramount and it was the democratically elected President Raúl Alfonsín who orchestrated the prosecution of nine prominent members of the totalitarian establishment. Initially, there has been a debate regarding whether the defendants should be tried in martial court or not. They themselves unanimously demanded, in a defiant display of swagger vividly depicted in the film when one by one the accused declare in a few words that they don't recognize the civilian court as qualified to judge them, to be judged by a martial court leaving no other possibility open for the prosecuting team. This demonstration of bravado by the Colonels was rooted deep in the Argentinean society's reality of the time as there were many, especially those belonging to the upper-class and the elite, who openly sympathized with the junta, and were suspicious of the motivations and objective of this trial.

The film's protagonist is Julio César Strassera (Ricardo Darín), chief prosecutor of the case and the man in charge of the whole process with a little help from the assistant director of the attorney general, Luis Moreno Ocampo (Peter Lanzani), a young and enthusiastic lawman coming from a conservative family background, who brings new ideas to the table such as advocating in favor of framing the prosecuting crew with young lawyers who are untainted and cannot be accused of leaning on either side of the political spectrum. Plus, the fervor of the youth helps the prosecution's cause even more as the freshmen would carry along the willingness to spend sleepless nights, checking and double-checking witness statements, and doing all the heavy work that is necessary for the case. Strassera agrees, so a wide and motley group is assembled and we, as the audience, witness their lengthy deliberations, analyzing and assessing, preparing their next move and summarizing the potential consequences of their final decisions. The omnipresent obstacles that they encounter, force the team of lawmen to navigate themselves through a precarious and ever shifting procedure in which luck is also another desideratum. They are in the eye of the storm as the Argentinean public opinion showed great interest in the trial's proceedings and it is indicative that the process had nationwide television coverage. Director Santiago Mitre and screenwriter Mariano Llinas stayed true to the facts, providing valid information about the era's turbulent political reality, while at the same time adding their own artistic flair through the employment of a variety of techniques that decompress the narrative tension such as the infusion of the story with moments of comic levity, especially during the first 40 minutes of the runtime.

The film opens with Strassera observing the developments since the day that the idea of a trial indicting the members of the upper echelons of "The Process" with director focusing on his reactions, his qualms about getting involved in the whole shebang, his feelings of self-inadequacy and insecurity, as well as his hinted paranoia that is manifested through his obsessive insistence that his daughter's boyfriend may be in fact a spy. Perhaps, the latter is meant as a symbolic event that represents the general climate of mistrust and suspiciousness that is always linked with authoritarian establishments and their aftermath. When Strassera eventually decides to be the prosecutor of the case, he starts receiving anonymous calls by individuals threating his and his family's lives, though they are merely not enough to distract him from his assignment. Darín, one of the finest living Latin American actors today, breathes life to his character, sporting a walrus mustache and dealing with all the hardships with a single-mindedness dictated by his mission. As Stephanie Bunburry duly notes in her review of the film, published in Deadline.com, Darín "has an ability to slip from ironic comedy to dramatic intensity with the flick of a gaucho's whip". The Argentinean legendary actor's rendition of his role attests to that statement. Strassera is a conscientious, honorable man who, above all, want to do his job with efficiency and without prejudice, despite evidently taking sides as himself is an anti-dictatorship zealot. As a protagonist, Strassera is reminiscent of those courtroom drama heroes who, with a turn of a phrase or a passionate final oratory that stays deep in the audience's minds and hearts, always manage to steal the thunder. In fact, the climax in Argentina, 1985 consists of a similar speech that declares the love for freedom while the finale leaves open the possibilities for further actions to mend the trial's outcome that saw four of the defendants being acquitted.

The movie is exceptionally directed as it is evident through the remarkable performances by both Darín and the rest of the crew, reviving a past period with accuracy and clarity, a trademark of a high-quality production, through their mannerisms, use of language and the representation of the conflicts that afflicted Argentinean politics through the course of the previous decades. This is the second collaboration between actor Darín and director Mitre after The Summit (original title: La Cordillera) which was released in 2017. Peter Lanzani is equally immaculate in the role of Strassera's sidekick, Luis Moreno Ocampo, and the chemistry between the duo of the protagonists is ideal, a fact that, partly, can be also attributed to the director's craftsmanship. But there is also a multitude of actors embodying various roles in this multi-faceted dramatization of true events that reinforce the viewer's belief in the potency of the acting in Argentina, 1985. Every aspect of the production is meticulously designed as to convey the intensity of a charged trial that is "so far, the only example of such a large-scale procedure by a democratic government against a former dictatorial government of the same country in Latin America". The significance of the procedure that took place several decades earlier in a faraway country remains topical today as it is a cry for justice and a testament on the fight against cruelty in all of its forms. Totalitarianism is linked, in every corner of the globe, with monstrous acts of political aggression. The fact that the trial was held is, above everything, the thing that we should keep in mind as we are witnessing the ever-shifting realities in the global map of present-day politics. The movie's denouement is empowering and destined to shake the core of the audience's system of beliefs.

Either if you watch Argentina, 1985 as a period piece or as an account of a well-documented historical event, you will not be disappointed. The production oozes class and character and it is not a stroke of fortune that the movie was the official submission of Argentina for the 'Best International Feature Film' category of the 95th Academy Awards in 2023. It is a film that will appeal to those who study history and share an interest about the political reality in Latin American countries and also to the fans of motion pictures narrating real events through a dramatized, fictional lens. I wholeheartedly recommend it and I firmly believe that this will be one of the year's international productions that will be on the lists of the annual best movies, and it is going to be immortalized by the future audiences as its message is universal and highly relevant in our time. 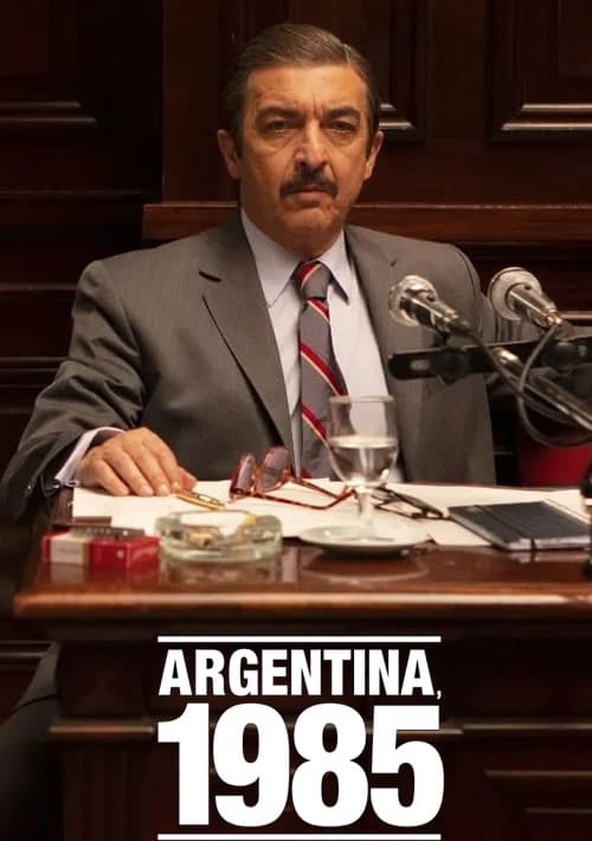