A hilarious pondering on the human condition by Fredrik Backman. 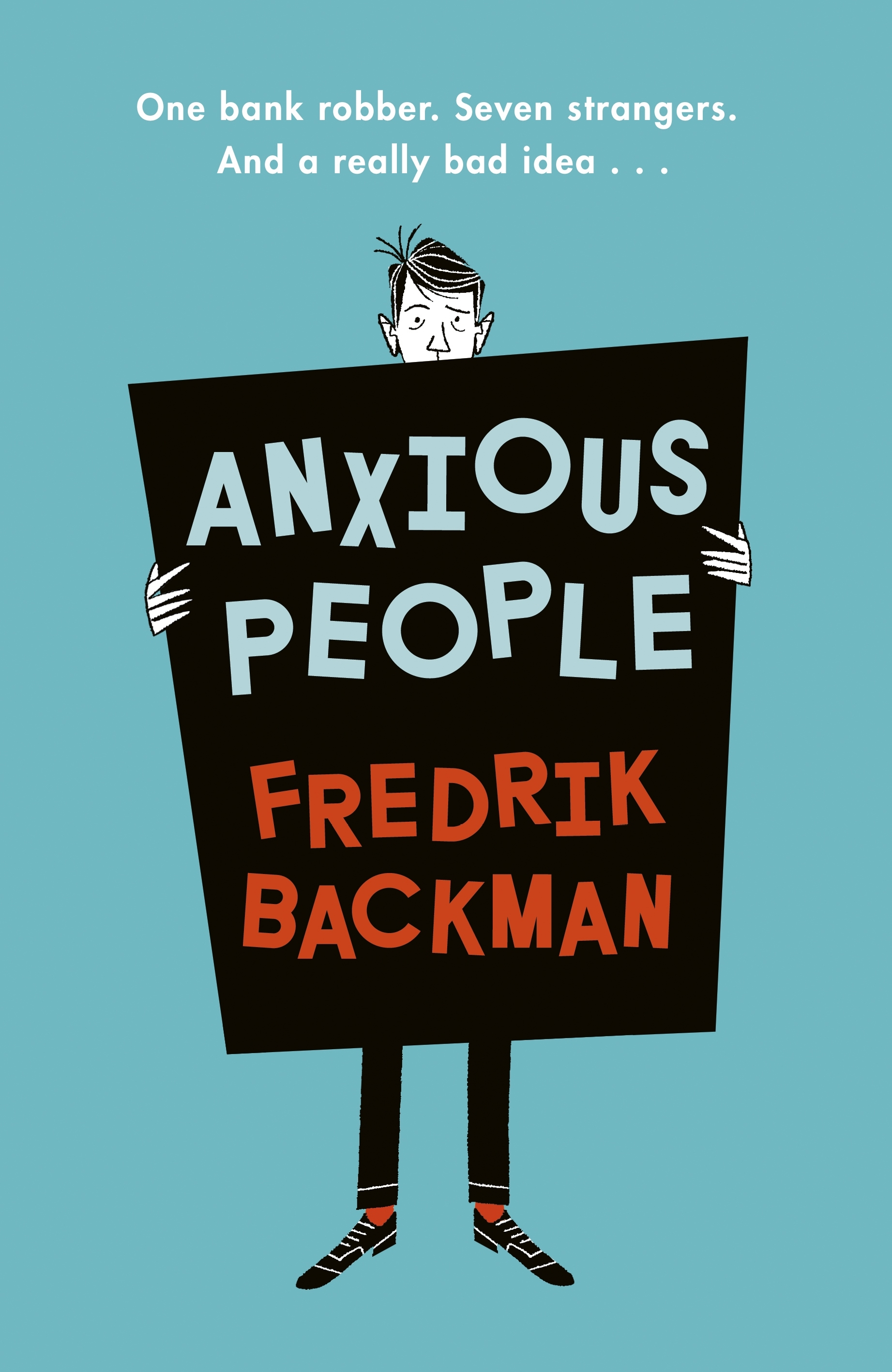 "This is a story about a bank robbery, an apartment viewing and a hostage drama. But even more it's a story about idiots. But perhaps not only that." (Chapter 27)

Fredrik Backman is one of the most gifted contemporary Swedish storytellers and he is widely known for his novel, A Man Called Ove, which has been adapted into a film by Hannes Holm, starring the veteran actor, Rolf Lassgård as the grumpy, borderline misanthropist, Ove. Both the book and the movie gained critical acclaim and there is also an American remake coming soon, with Tom Hanks as the protagonist. What fascinated the audiences was Ove's peculiar idiosyncrasy as well as the great outline of the secondary characters, a kind of trademark for Backman. He is an author that is oriented towards the lives of the ordinary people, their struggles, anguishes and questions that remain unanswered no matter how often they are being raised during a lifetime. In Anxious People, Backman uses the crime element as a facade to tackle several universal and amaranthine themes such as depression, suicide, what it really means to grow up, how hard it is for the average man to meet the standards that the postmodern societies set in order to distinguish the successful from the failure and many others. All the above are presented through a gripping prose that is full of hilarious dialogue and remarks made by the main characters in this odd story of a botched bank robbery that leads to an odd hostage situation where the role of perpetrator and victim often interchanges. If one reads the synopsis of the book, he will think that this is a typical crime story, full of action and suspense but this is not the case here. Backman, once again, delves into his fictional characters' deeper thoughts that are instantly discernible by the reader who himself had often had the same thoughts and concerns. Nevertheless, you should keep in mind that Anxious People is primarily a comical novel, sometimes downright hilarious, and you will laugh many times reading the exceptional description and dialogue.

The story sets off when a first-time bank robber chooses to storm into a cashless bank to get the limited amount of six thousand and five hundred Swedish Kroner. Soon he realizes his mistake and when is evident that the bank has no banknotes, he attempts to escape in a nearby building. In his fury, he gets in an apartment where a viewing is held for prospective buyers. Holding a pistol in his hand and wearing a balaclava to hide his face, he looks terrifying enough in the beginning, though very quickly he proves to be a rather unstable individual with no experience as a criminal. The hostages, who are the people that happened to be inside the apartment for the viewing at that time, are a rather distinctive group of people and each one of them has some unique character traits that will be revealed as the story progresses. The police officers that are charged with the investigation of this parody of hostage-taking are Jim and Jack, father and son, who both work in the small town's precinct and are thirsty for an opportunity to show to their bosses and their colleagues in Stockholm that they can handle cases of larger magnitude like this one. Jack and Jim have a rather dysfunctional relationship and their communication is often terminated due to a wrong choice of words, or an inappropriate remark made by one of them. Their blood relation doesn't help them much in their professional lives and besides, they are completely different as characters.

Backman uses a mixed narrative style that begins chronologically from the end of the hostage situation and in the following chapters talks about the events and interactions that took place inside the apartment after the failed robbery attempt. Furthermore, he interposes witness statements taken from the hostages by Jack and Jim. The short chapters add to an already fast tempo, that makes reading smoother and highly engaging. What is most remarkable about this book is the vast number of insights on the human condition that are scattered throughout the text and I couldn't stop making notes on my Kindle from the beginning till the very end. This was my first reading experience with this author, I've already seen A Man Called Ove in the cinema, and I'm literally thrilled by his craftmanship as far as both characterization and dialogue are concerned. Backman's writing style is refreshing and stimulating and I cannot think of another writer that comes even close to his ingenious prose. Another novel of his, Beartown, has been adapted into the television and I will immediately check it out. If you aren't familiar with his body of work, Anxious People would be an ideal start.