An Inspector Calls is a world-wide known theater play that has been adapted to cinema many times in the past. This version casts some very experienced, top British actors such as David Thewlis, Miranda Richardson, and Ken Stott while it is directed by the Irish Aisling Walsh (Fingersmith, Room at the Top). All actors do a terrific job, with Stott and Richardson giving a spectacular performance as an uptight, upper-class English couple somewhere at the start of the twentieth century while Thewlis is excellent, as always, in the role of the titular Inspector.

The story is generally known, but for those who are not familiar with the play, I will make a brief synopsis. A police Inspector invades an aristocratic household to investigate a young woman's suicide. The deceased seems to be connected, with one or another way, with everybody present in the dining room and when the Inspector starts asking questions everything will start to spin out of control as it is evident that all of them pushed the girl to self-slaughter.

This is a rather short-length movie and it doesn't become tedious in any part as the plot is tight and the dialogue very good. We feel for the dead girl as her tragic story unfolds throughout the film. The ending is superb and all those who haven't seen or read the play will be certainly satisfied. I honestly cannot think of a flaw in this little diamond, so I recommend it unreservedly. 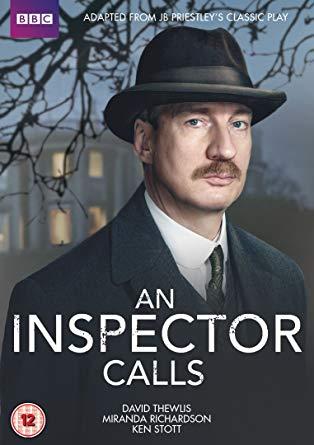