MICRO-REVIEW: An Elderly Lady is Up to No Good by Helene Tursten

A delightful, witty collection of short stories by Helen Tursten. 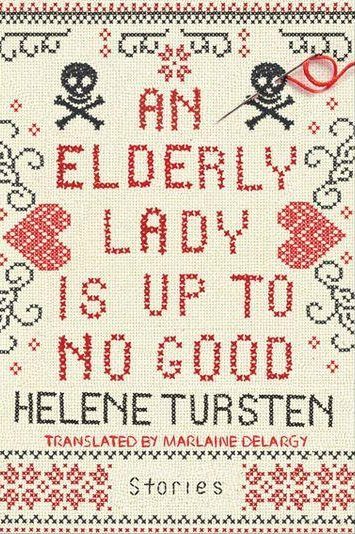 Helen Tursten is widely known for her popular Irene Huss book series, which were also successfully adapted for the television (2 seasons starring Angela Kovacs as Irene). An Elderly Is Up to No Good is an anthology consisting of five short stories having Maud, the titular elder lady, as the sole protagonist. Maud embarks in a series of adventures where she kills for merely practical reasons, exhibiting behavior that can be described as sociopathic, though the author herself, cleverly, avoids giving definite answers to the questions that her protagonist's insidious and grisly conduct is raising. The stories are all written in a comical, almost ludicrous, prose that makes the book an easy read that the reader can finish in just one sitting. There is also a brief appearance by Irene Huss who is called by a police detective to investigate one of Maud's homicides. If you like dark comedies, you will love this little book and fans of Nordic Noir are bound to give An Elderly Lady Is Up to No Good a fair chance and not regret it.

An Elderly Lady is Up to No Good