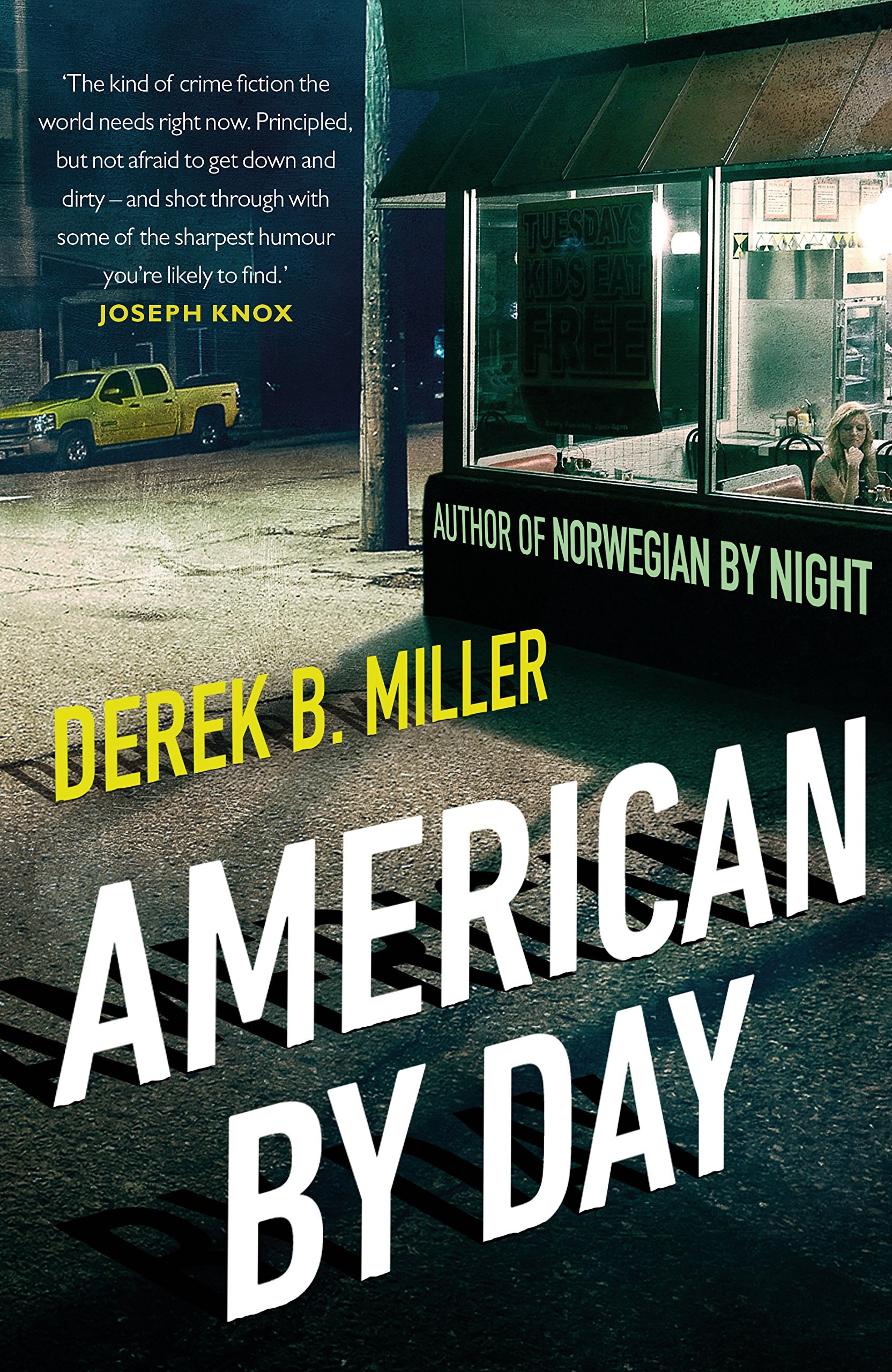 This novel is the follow-up to the renowned Norwegian by Night, the American author's Derek B. Miller debut that won the hearts of the readers throughout the world due to its spectacular, unique characterization, the witty dialogue, and the many humorous parts which permeated the book as a whole. In American by Day we meet once again Sigrid Ødegård, the Norwegian police officer who chased the 82-year-old Sheldon Horowitz across the country in order to save the life of a young immigrant boy whom Sheldon had abducted in order to keep him safe from a group of ruthless gangsters who wanted him dead. The events of this book take place about a month after the finale of the previous one and Sigrid is still struggling to come to terms with her actions that led to the death of an armed individual who attacked her with a knife. Sigrid will have to leave Norway and travel across the Atlantic after her father tells her that her brother, Marcus, has disappeared without a trace after sending him some cryptic letters where he states that he is responsible for the death of his mother and another woman whom he met during his stay in the U.S.. Those letters deeply worry Sigrid's father who begs his daughter to make the long trip in order to find out the truth and bring her brother to his senses. She will agree as she is very fond of her family and the adventure will begin as her trip will prove to be a tough one, full of hardships and troubles with communicating with her counterparts.

More than a crime story, American by Day is a comparative analysis between two distinct cultures, that of Norway's and that of Americas. As Sigrid arrives in New York she meets with the local sheriff, Irv, who initially seems to think that Marcus is the prime suspect for the murder of a young black woman who was working as a college professor, Lydia Jones. Lydia fell to her death from an abandoned building in a shady New York suburb and the evidence implicating Marcus is overwhelming at least at first sight. Knowing the quality of her brother's character, Sigrid will do her best to convince the sheriff that perhaps things aren't what they seem and she will embark on a personal mission to prove Marcus's innocence as well as trying to pinpoint his whereabouts in order to keep him safe. Irv and Sigrid will develop a peculiar relationship as even though they disagree on a wide array of subjects regarding the prevalence of the American way of life today, they slowly build a rapport that helps them cooperate more efficiently and as the plot moves forward they treat each other with more respect, even becoming friends in the end. Their interactions are filled with highly perceptive and insightful observations on a number of themes such as the domination of individualism in the contemporary American culture, the institutionalized racism that still plagues this great country, the constant police shootings targetting black people and many others.

Miller inserts a tragic event in his story as Lydia, the woman who died under mysterious circumstances, had a teenage nephew who got shot in cold blood by a police officer who thought that the toy gun that the kid was holding was real. The unfortunate incident evokes an outrage by the local black community while literally devastates Lydia who saw her nephew as the son she never had. The shooting is the most appropriate narrative vehicle for the author to express his own thoughts about the racial injustices that are still predominant in America while it allows the reader to indulge in the analytical, and often hilarious, interactions between Irv and Sigrid. Irv has studied theology as a young man and his theoretical background is such that enables him to be opinionated and sometimes even cynic when trying to convince Sigrid of the merits of the American way of life. On the other hand, Sigrid comes from a Nordic country where people act and behave completely differently and the political structures are totally divergent. For example, police in Norway are basically unarmed and the shootings that involve police officers are almost non-existent.

Sigrid explicitly states in the first chapters of the book that she considers America to be "a weird place", a nation full of contradictions, tension, and confusion concerning the fundamental values in which the country has been built. As she delves into the case and communicates with her colleagues, she witnesses both the allure and the -many- inconsistencies that form the spine of the country and she finally begins to see America under a whole new light, perhaps not more favorable, but certainly more realistically and comprehensively. At the same time, Sigrid revisits mentally her childhood years that were disrupted by her mother's death when she was very little. Her recollections from the time draw a plausible picture of a happy family life that has been upended when her mother learned that she suffers from terminal cancer. This sub-plot is crucial to the story as there are many secrets kept well-hidden and it's only in the final pages where the reader gets the full picture of what truly was going in the Ødegård, household and how exactly is it linked with Lydia Jone's death..

American by Day is a less action-packed novel than its predecessor, though its merits lie in Derek B. Miller's accurate prose and impeccable dialogue. It's been a while since I've read a novel that combines elements from so many different genres. I have to admit that I was mostly drawn to the great observations made by the main characters throughout the book that got me thinking about a number of issues that beset the modern American society and I've also enjoyed the extended analysis made by Irv regarding the meaning of Jesus's sacrifice and its implications for all those who want to think that they try to follow his example, though condemning the people who commit suicide. Apart from the above, this is a highly enjoyable crime/mystery and the suspense is built gradually and masterfully, never letting the reader feel bored or tired. It is the best choice for all those who like this splendid combination of crime and literary fiction and if you liked Norwegian by Night then you should definitely give it a try. Keep in mind that on July 27, 2021, the new book by Derek B. Miller is released under the title How to Find your Way in the Dark. From the synopsis, it seems that it is a prequel to the first book, featuring once again the beloved Sheldon Horowitz. As a loyal D. Miller fan, I can't wait.