The first season of the Finnish crime television series All the Sins (original title: Kaikki Synnit), has been a more than pleasant surprise as it featured a magnificent script, exceptional performances and top-notch cinematography that could be deemed equal to that of the most popular Nordic productions. The audience followed a multiple homicide investigation, conducted by two police officers, Lauri and Sanna, who travel to the small northern Finnish town of Varjakka, a close-knit community with a strong and oppressive religious community that suffocates any individual will and dictates the norms by which people should lead their lives. Lauri (Johannes Holopainen) has grown up in Varjakka and carries many dark memories from his hometown mainly due to his sexual preferences that could not be respected by the other members of the local society. His cooperation with Sanna (Maria Sid), another character dealing with unresolved personal issues, was on the epicenter of the first season and it sometimes overshadowed the main plotline which unraveled in six episodes in total. It was a nice change to watch a truly character-oriented Nordic show that doesn't rely on an over-elaborate grisly serial-killer plot and gory visuals but conveys its message through a different way of storytelling, one that highlights the human factor and the community dynamics that shape our actions.

The second season of the show continues in the same vein and balances magnificently between family drama and murder mystery, focusing on the dysfunctional lives of the main characters and the ambiguous decisions they make. The story is set, chronologically, fifteen years earlier than the events of the first season, two months before the dawn of the millennium, in 1999. Jussi Ritola (Matti Ristinen), whom we met in the first season as a senior investigator, is a young police officer who is married to Meeri (Inka Kallén) and leads a quiet life in Varjakka, a town where nothing significant or extraordinary ever happens. When the bodies of a married couple, the Leppihalmes, are found in their house by their own son, Aaro, poisoned by cyanide, Jussi will take on a case that will make him doubt the people closest to him and oppose some of the most powerful people in town. Furthermore, Jussi will try to befriend Aaro, a teenage kid who lost both his parents and suffered a severe mental trauma. Jussi has his own skeletons in the closet from his childhood that was marked by his father's sudden death, thus he feels a special kind of proximity to the kid. An odd father-son relationship will develop between them that will υltimately affect the investigation itself.

Jussi is a fascinating protagonist and Matti Ristinen portrays him with a vulnerability that makes him feel human and forces the viewer to root for him. We identify with Jussi and his difficulty in discerning right from wrong, his reluctance to take action in the circumstances, and his desperate attempts to be a father figure to Aaro. Though we sometimes disagree with his decisions, we can comprehend his reasoning on a purely emotional level. The development of his character is exemplary and constitutes the number one reason to watch this show. At the end of the season, we are left feeling numb after the shattering climax of the story, trying to put ourselves in Jussi's shoes and comprehend his mental state. All the Sins is not your typical Nordic noir TV show where everything revolves around a labyrinthine plot and the best you can do is guessing the possible culprit. It is a production that aims to make you think and re-evaluate your moral beliefs in order to become a better person.

Unlike other popular Finnish television series such as Bordertown (Sorjonen) and Deadwind (Karppi), All the Sins bears a substantial social dimension and tackles many important themes such as religious fanaticism, family relationships and their effect on the individual, homosexuality, infidelity, and many more. Merja Aakko and Mika Ronkainen both did a tremendous job as far as the screenplay is concerned while Ronkainen is also the director and the man responsible for the spectacular optics of the show. This is a must-see for all those who crave something more than a simple whodunit or a fast-paced, action-packed story that the viewer forgets a few days after watching. It is one of the most unique Nordic television productions of the last few years and it is worthy of our full commitment. I hope that there will be a third season soon and that we will have once again the opportunity to delve into the alluring universe of the show's creators.

You can watch this show on Amazon.com: https://www.amazon.com/gp/prod... 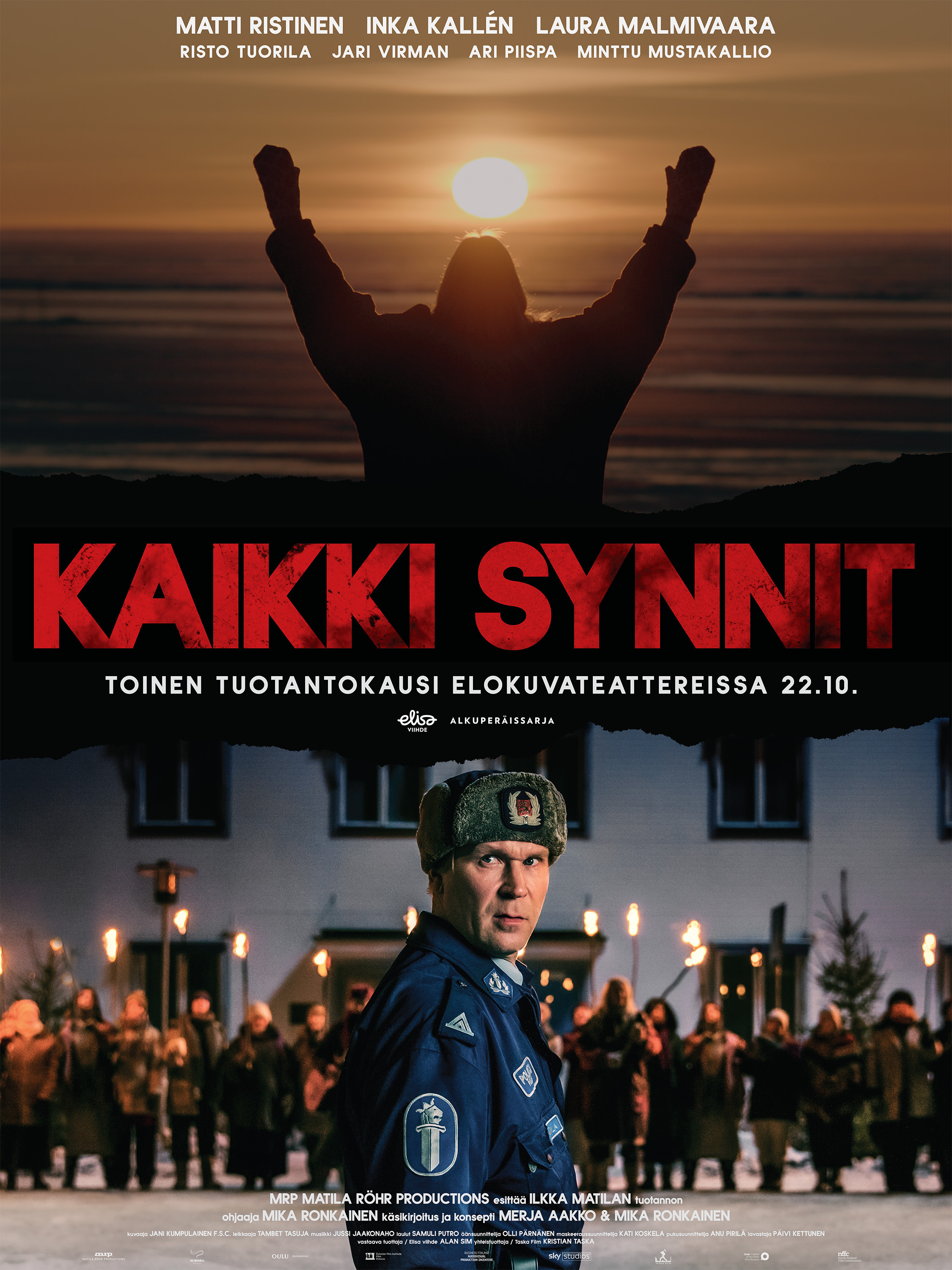