Scottish crime fiction does the trick once again. 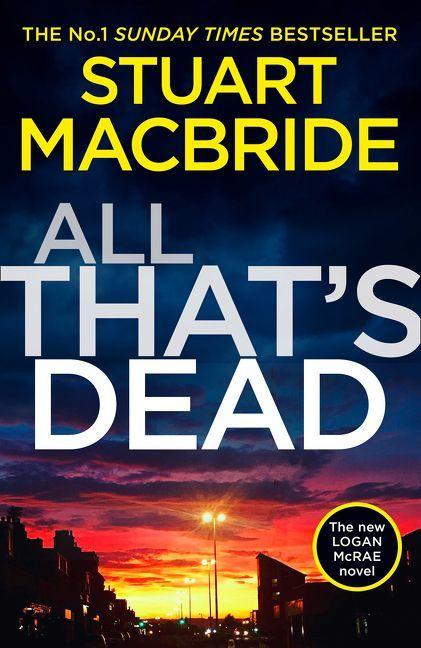 This is the first book by Stuart MacBride that I've read and I will certainly look for more of his great Logan McRae novel series. The Scottish author uses well-crafted and measured prose full of humor that gives "All That's Dead" a unique feeling as the comical elements offer relief to the reader who indulges in a grisly storyline that sets off when a middle-aged professor and fierce anti-independence campaigner goes missing.

What I found most interesting about this book was the socio-political context of the whole story which revolves around the current political climate in Scotland, and concerns the "war" between the pro-independent Scottish Nationalists and the faction that supports the country's unity with England. MacBride is very careful in order not to show his views on the subject and restricts himself in narrating an enjoyable police procedural storyline with a lot of sub-plots and high levels of intrigue.

I also liked the protagonist, Logan McRae, who is one of the most compelling characters in today's crime fiction, McRae returns to action after one year of leave and he is ordered to monitor the police investigation to avoid any mistakes or bad exposition of the police force. Unfortunately, McRae quickly learns that the officer in charge of this investigation was a member of a far-right organization in the past. The top brass becomes furious and set McRae responsible for the handling and the result of the investigation. I will not say anything more as it would spoil the great reading experience.

Stuart MacBride is another talented Scottish crime fiction author like Peter May, Denise Mina, Christopher Brookmyre, and Val MacDermid. It seems that the quality of the country's crime fiction is getting higher every year to the point that one can compare it with the giants of the genre such as the American or the Scandinavian Noir. Let's not forget the international festival "Bloody Scotland", which is held in Stirling for 2019, where the top crime fiction authors are attending each year, a massively popular event equal to the most prestigious awards in the genre.