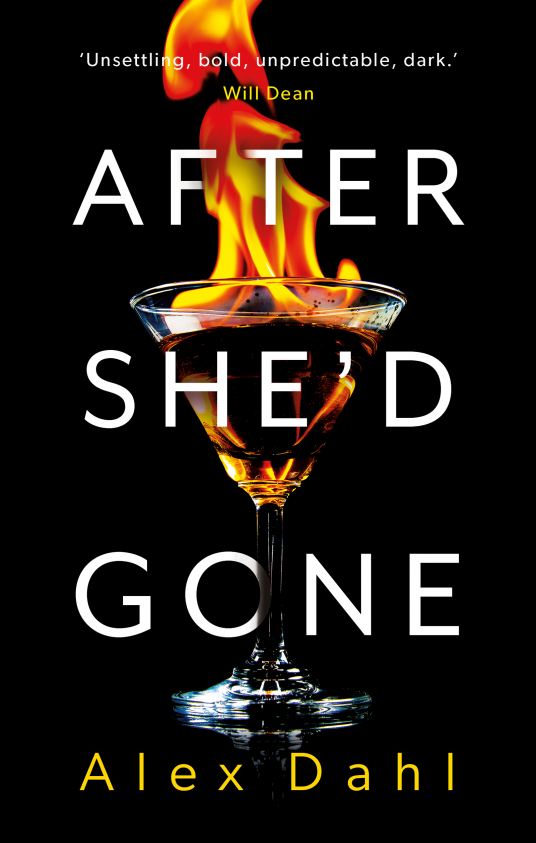 It is rare for an author, especially a crime writer, to become better with each book he/she writes and more than often we watch impressive debuts lacking an equivalent continuity, every trace of the initial spark gone forever. Alex Dahl, one of the most promising representatives of contemporary Norwegian crime fiction belongs to that limited breed of authors who work their way up in terms of honing their craft as time passes by, always delivering books that are superior to their predecessors. Dahl had demonstrated her skills early on in her debut novel, A Boy at the Door, a haunting piece of psychological suspense featuring a female protagonist who tries, futilely, to keep her past in the past and never allow it to alter her seemingly perfect family life. The novel was a commercial and critical success showcasing a sensitive author who has a profound insight for the complex inner state of a woman in a state of crisis. The realistic approach and the humane characterization marked the beginning of Dahl's accession to the elite of the genre's authors in Scandinavia alongside some of the most respected names in Norway such as those of Karin Fossum, Gunnar Staalesen, and Thomas Enger. Her next two novels, The Heart Keeper and Playdate solidified and further amplified her reputation among her peers, paving the way to her best work until now, Cabin Fever, a claustrophobic thriller brimming with symbolisms and employing some of the author's trademark tropes mainly regarding the challenges that modern women face as well as the burden of secrets and their devastating consequences to the individual and those around him. Dahl is a writer who has her ear down to the ground and feels the pulse of her era, reflecting her acumen on page.

After She'd Gone signals a departure from the usual themes explored by the author, as in this latest work (publication date: October 4, 2022) she turns her attention to the machinations of organized crime and the social blight of sex trafficking, the manipulation and subsequent victimization of vulnerable women by nefarious men who often are part of the aristocracy or members of the upper echelons of their society. I bet that Dahl made an extended research on the subject as her approach is honest, almost visceral, never shying away from the disturbing facts and imprinting them truthfully on her novel. Thus, you are in for a nasty storyline that involves some of the most abhorring characters you've ever encountered in a psychological thriller and some vivid descriptions of abominable acts. For those who will think that this is not Dahl's style and doubt the efficacy of her plotting, think again as in this book there is not a grain of canard or laziness in regards to the handling of the story. Even though, some may find the sex trafficking motif to be overly appalling, there is no one who would be justified to say that the author is not on top of her game, having complete supervision over every element that comprises this novel. It is a multi-faceted thriller as there are many narrators, one of them "speaks" in first-person, who win the reader's empathy through the well-rounded characterization, so much unlike the majority of the genre's outings that insist on the dull, cardboard-like character description. Dahl's uniqueness shines in the way she handles the perspective of Adrian, a nine-year-old child who suffers from a severe form of autism, thus his parts pose a double challenge: the first is to attempt to look at the world through the eyes of a little child, and the second one to depict on page the difficulties and confusion that accompany autism. Nevertheless, the author succeeds and introduces one of the most moving children characters in the genre that I've ever met.

Apart from Adrian, who is one of the four narrators of the story, the other three fictional storytellers are Liv, Adrian's mother, Selma, a recurring character whom we first met in Playdate, and Anastasia, a young Russian woman who leaves her homeland in order to become a top model in the fashion capital of Europe, Milan. Selma, who played a critical role during the Lucia Blix case that shocked the little town of Sandefjord some time ago, is an investigative reporter who writes an article on the death of a young model who is found somewhere in the coasts of Italy, discarded as an unwanted object by a cruel industry in which immorality is the preferred way of life. When her article is rejected by her superiors and remains unpublished, she revisits Sandefjord in order to investigate another case of disappearance, this time a woman and her child, Liv Carlson and her kid Adrian. The case is first dismissed by the local authorities as the mother is known to be suffering from some sort of mental disease and she has vanished before, but Selma, fierce and persistent, is determined not to leave a stone unturned in order to discover the whereabouts of the two missing persons. We, as the readers, are informed from the first chapters that both Liv and Adrian have been abducted by different perpetrators and for different reasons. In order to solve the riddle, Selma will have to dig deep and unearth secrets that will alter her whole perspective on the case.

At the same time, we follow Anastasia's journey from the Russian town of Yekaterinburg to the flashy streets of Milan as she is picked by a scouter who invites her to Italy to become involved in the high-stakes world of modelling. After the initial rush and enthusiasm, Anastasia finds herself drawn to a shady world of depraved men who buy girls to use them as sexual toys and she will have to rediscover the strength in her in order to overcome some severely traumatic experiences that mark her attempts at a new life. The Anastasia sub-story is the most disturbing one, as it is in her parts that the reader dives into the murky waters of false glamor and flashy nothingness. Some parts are particularly hard to stomach so beware and be ready for some level of crudity. The many different narrative threads become intertwined as the plot moves forward in a studied, even pacing and there are a lot of surprises that may change your assessment regarding some of the major characters. In After She'd Gone, Dahl excels in the art of plotting as she succeeds in a risky venture in a way reminiscent of the work of the giants of modern crime fiction such as Gunnar Staalesen or Jo Nesbo. It is definitely the author's most mature work to date and the most satisfying of the five novels written by her. When I finished Cabin Fever the previous summer, I remember myself thinking that this time Dahl set the bar too high and I was not sure if she would continue her upward course of progress. The final result made me chastise myself for not showing the proper trust to one of the most charismatic young crime writers out there.

This is not a part of a series, so there is no need for you to have read the author's previous work, nevertheless those who had will be in a better position to detect the nuances and appreciate Alex Dahl's improvement and dedication to her craft. For me, reading this novel felt like breathing oxygen after a long time being let down by mediocre crime stories originating from the Nordic countries. There is no excuse for a Nordic noir aficionado to be oblivious of Dahl's oeuvre, but if this is the case then After She'd Gone would be a perfect place to begin the formation of your liaison with the Norwegian author. Her latest novel scores highly in every aspect and I can't find a flaw, something concrete that I could point out as such. The mixing of narrative techniques and the fragmented narration by a multitude of character suits perfectly a somber story that will prompt you to think and feel differently about certain realities of the modern world. As a loyal fan of Alex Dahl's work, I can only wait for her next novel and hope that it will be out some time soon. I want to thank Netgalley and the publisher (Head of Zeus) for providing a free ARC of this title.