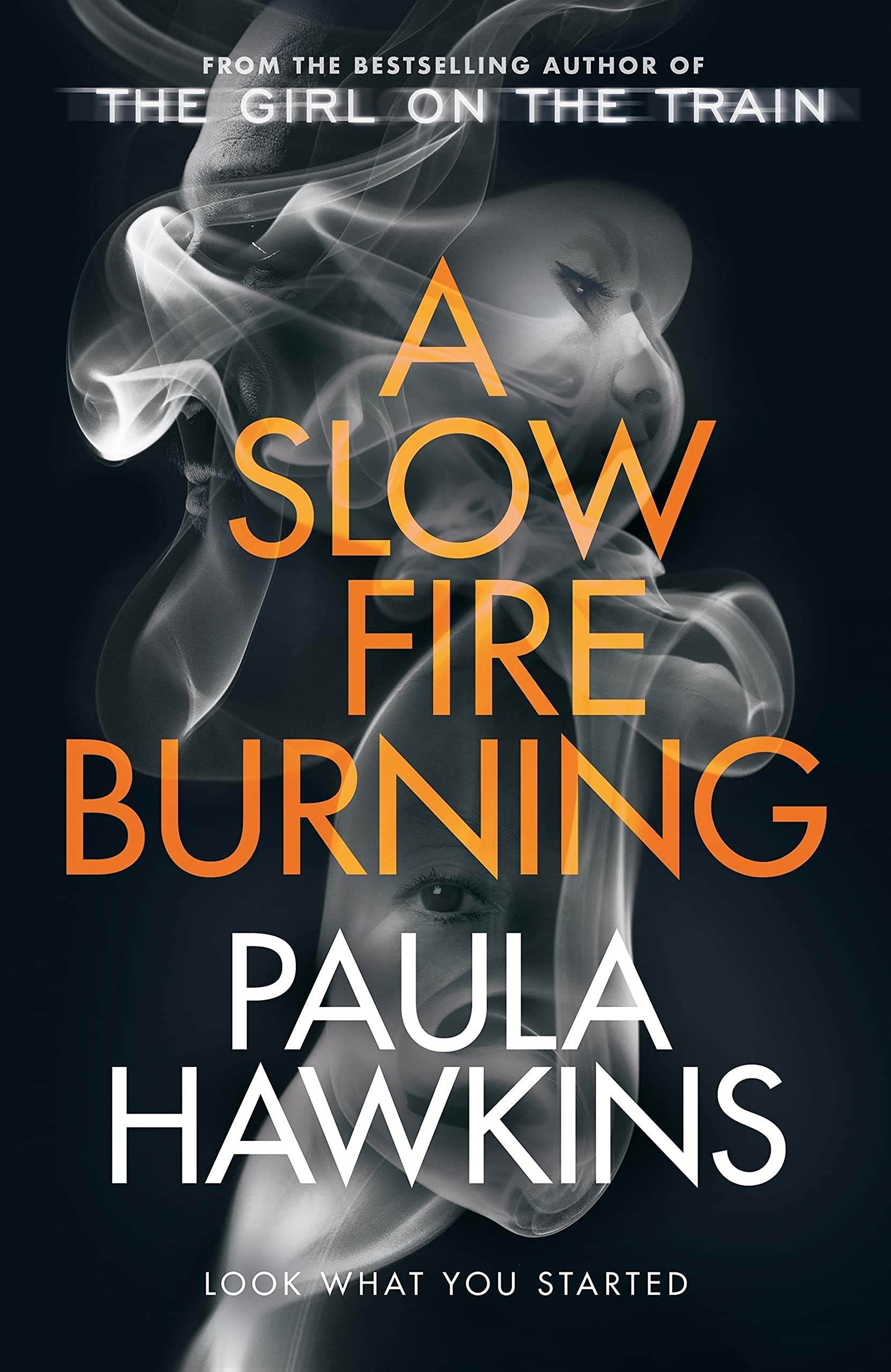 This is the much expected and hyped new novel by Paula Hawkins, the ex-journalist who became known worldwide after her enormously successful debut novel, The Girl on the Train. The book, which became an international bestseller, has been adapted into a feature film by Tate Taylor starring Emily Blunt, Rebecca Ferguson, Haley Bennett, and Justin Theroux. The movie was equally well-received by the audiences around the world as it mirrored the complex narrative structure of the text, relaying the story through several points of view consisting mainly of women whose lives are in turmoil. Hawkins' protagonists are broken women who face major personal challenges like alcohol and drug addiction, dysfunctional relationships, and problematic love lives.

In A Slow Fire Burning, the author re-employs the themes and tropes that made her previous novels to stand out from the majority of the genre's works. Once again, the reader encounters a group of troubled women whose lives become interlocked after a gruesome murder takes place in a narrowboat moored in the canal. Hawkins emphasizes on the protagonists' emotional state and their innermost thoughts that are expressed vividly on page. She also imparts their background stories in a slow, deliberate manner allowing the reader to digest and fully comprehend the tangled relationships between them. As the title suggests, this is a slow-burning psychological thriller that rewards the patient reader and its allure lies in the author's well-crafted characterization and absorbing main storyline.

Daniel Sutherland gets stabbed to death in his own boat and the prime suspect is none other than Laura, a young woman with a history of mental illness and family troubles. Laura is presumably the last person who saw Daniel alive and she has also been seen walking covered in blood on the day of the murder. Laura's bizarre, disinhibited behavior makes things worse for her as the detectives investigating the case become convinced that she is the culprit. Daniel's neighbor, Miriam, is an unimpressive, middle-aged woman who carries a dark secret from her past and also the individual who discovers his body. Miriam finds Laura's key in the crime scene and pockets it without informing the authorities. It is evident that she has a plan, but the reader is kept in the dark regarding her true intentions.

Carla Myers is Daniel's aunt, sister of his mother, Angela, and she is devastated to hear the news of her nephew's death. Carla and Angela shared a strained a strained relationship ever after Carla's three-year-old son tragic demise in Angela's house fifteen years ago. Carla and her husband, Theo, blamed Angela for neglect that led to their offspring's fall to death and both of them have been unable to forgive her ever since. Angela, who was at the time struggling with her alcoholism, was also found dead a few weeks before Daniel's murder in a suspicious domestic accident. Was it really an accident or was there foul play involved?

Daniel's and Angela's deaths constitute the novel's big mysteries, but there are also sub-plots that are equally puzzling and gripping. As the story unravels, the reader has the time to speculate about the possible culprit, though each time we have to adjust our theories according to the new standards imposed by the new information and -many-plot twists. Unlike The Girl on the Train, this time the narration is linear with some interjected fragments where we read snippets of Theo's popular crime novel, titled "The One Who Got Away". The importance of those parts becomes obvious only in the final pages of the novel.

Overall, I found A Slow Fire Burning to be easy-to-read and highly entertaining, though, on the negative side, I was expecting something more from the finale. Nevertheless, it is a book that in all probability will be chosen to be adapted into another film as it has a cinematic touch having to do mainly with the well-realized characters and fast tempo in which it unfolds. Personally, I liked The Girl on the Train more, perhaps because of my preference in non-conventional narrative styles. Anyway, it is an enjoyable read and you won't regret buying it, especially if you are a fan of the novels written by Gillian Flynn and Liane Moriarty. I will certainly keep my eyes open from future releases by Paula Hawkins as she is a daring crime writer possessing an in-depth knowledge of the female psychology.