A Sliver of Darkness

Diving into the dimness of the bizarre and the uncanny. 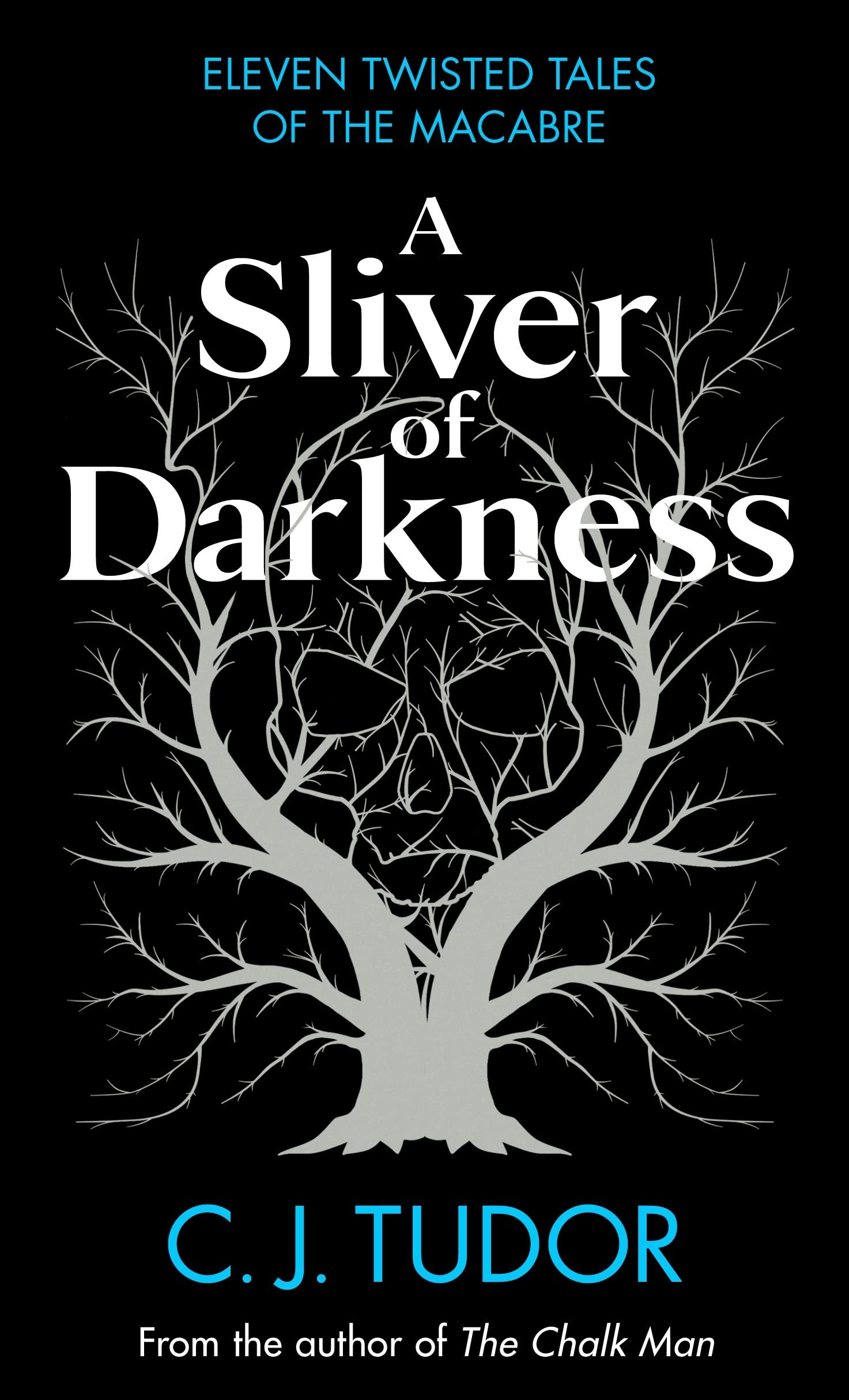 Having read the majority of C. J. Tudor's novels so far, I was alarmed by the news that the author lauded as "Britain's female Stephen King" was about to publish her first ever collection of short stories in a compilation bearing the most applicable of titles, A Sliver of Darkness. The collection consists of 11 genre-bending tales, with Tudor exhibiting her apt skills for efficiently blending various narrative categories such as horror, crime, mystery, post-apocalyptic and more that the reader comes across in the course of this dark, sinister assemblage. The author includes a brief, though earnest and cordial in its tone, introduction where she reveals how she resolved to write in the constraining form of a short story, recounting the dismal years 2020 and 2021 which were marked by her parents' relocation from Wiltshire to Sussex and -most notably- by her father's demise in January, 2021 during the Covid-19 outbreak. During this tough period, Tudor was working on a novel, but it seemed that the words were reluctant to appear on page, an elusiveness that fatigued and exasperated her. Tudor writes: "Every word felt like an effort. The characters' voices, usually so real to me, felt forced and unnatural". After sending the completed manuscript to her editors, Tudor was certain that this book was not going to be published, thus prompting her to move on and find another way to fill in the publishing year 2022. So, A Sliver of Darkness was born.

Those who are familiar with Tudor's oeuvre, her landmark novel The Chalk Man that put her on the map of the global crime/horror fiction reality and other works such as The Taking of Annie Thorne or her latest, The Burning Girls, which is going to be adapted into television with the airing date being undisclosed so far, know her skills in creating both compelling, chilling storylines and well-rounded, three-dimensional characters who live and breathe on page. She writes with a flair for the bizarre and the uncanny, infusing her narratives with the supernatural element, an endeavor that sometimes proves to be a slippery slope as it easy for the author to rely on the otherworldliness of the metaphysical and neglect other critical aspects of a novel, such as story plausibility or characterization. Even though I am not an ardent fan of horror stories entailing supernatural facets, C. J. Tudor's works always succeed in smoothly incorporating the celestial into the plotline which is always solidly based on a fundamental mystery. In A Sliver of Darkness, the British author delivers 11 equally, perhaps not in the exact sense of the word, however close, irresistible little tales, all displaying the workings of a boundless imagination and an ability to craft twisty tales of dread, with the protagonists, whether men or women, young or old, being the narrators apart from the main agents of each story.

Tudor includes a brief, though succinct, introduction in the beginning of each story, contemplating on what inspired her and offering valuable insights to the reader who is in a better position to assess what's coming next. The collection begins with a bang, a story titled "End of the Liner". The protagonist is Leila, an elderly woman reaching her 75th birthday, who lives on a cruising luxury liner for the last 50 years, following a climate disaster that demolished life as we know it. The ship's staff adopt a happy-go-lucky attitude, though the frequent deaths, most of them suspected suicides, occurring within the limited confines of the vessel make Leila reconsider her attitude toward her impending death. An unwritten law dictates that those turning 75 are doomed to die, drowning in the sea. This is the most profound and, at times, philosophical story of the collection which, nevertheless, retains its mysterious character as Leila will assume the duties of an amateur detective when a suspected murder takes place in the ship. In The Block, a story oozing with references to the popular supernatural/horror television show Stranger Things, a group of teenagers in Nottingham resolve to enter an abandoned building just for the kicks of it, but something truly malevolent waits for them inside. "Runaway Blues" tells the distressing story of a young jazz musician in the 1970s. In "Dust", the author dismantles the myth of the idyllic vacation while in the "Final Course" (the second post-apocalyptic story in the book), we are introduced to a father and his son who get invited to a remote estate where evil creatures lurk behind the quiet façade.

A Sliver of Darkness succeeds in dodging the cardinal sin of most short stories collections, that is the asymmetry between the quality and level of reader's engagement from story to story. Tudor engineered a consistent set of nearly a dozen terse tales that keep the reader committed throughout the course of the book. The mixing of genres and styles, while may sound onerous to some, is maneuvered exquisitely by the author while the featured characters are credible as well as intriguing, a remarkable achievement for an author writing a story in such a limited form. I liked the majority of the stories included in this compilation, though I found "End of the Liner", "Runaway Blues", "The Completion", and "Final Course" to be nearer to my taste and preferences. The stories incorporating post-apocalyptic plotlines were thrilling and showcased Tudor's charisma as a storyteller which is not limited to the narrow confines of the horror fiction genre. Of course, each reader will pick their own favorites and I wouldn't want to prejudice your reading. Concluding, I would like to underscore that A Sliver of Darkness is one of the most versatile and enthralling collection of short stories for the year 2022, regardless of the genre, and further solidifies C. J. Tudor's standing as one of the most gifted and resourceful crime fiction writers in a worldwide scale. By finishing this book I instantly checked the release date for her latest fully-fleshed novel, The Drift, due to come out on January 19, 2023 by Penguin Michael Joseph.

A Sliver of Darkness