Stockholm's dregs in search of redemption.

"We see one generation after the other entering the arena like a bull that we know is going to be killed".

This is the second installment in Stefan Jarl's documentary trilogy "The Mods" which focuses on the lives of the drug addicts and dropouts in the city of Stockholm covering a timespan of around three decades. The first chapter, They Call Us Misfits, took place in the 1960s, it was shot in 1967, while the second, A Respectable Life, revisits the two main protagonists of the previous one, Kenneth "Kenta" Gustafsson and Gustav "Stoffe" Svensson, ten years later. The rebellious gang of youngsters that didn't have any desire to fit in the norms of Swedish society, who called themselves "The Mods", and spent their time partying, heavily drinking, and experimenting with various substances, has now disintegrated as the members of the gang have lost contact with each other due to several problems caused by their addiction to heroin and speed. Kenta and Stoffe have now little or no communication while their other ex-comrades count their wounds, living underground, sleeping in station toilets, and selling smack to get by. Jarl's trilogy is about the dark side of the Swedish welfare state, that even today remains largely invisible to both the Swedes and the outsiders. It is a grim, highly depressing watch and if you are easily distressed or have some aversion to the documentary's themes, then you better think again before you see it.

A Respectable Life, a heavily ironic title, revolves around the drug addiction motif as almost all the people featured in it have relevant problems. In Sweden, the drug addiction plague has its roots back in the 1960s when opium was first introduced in the market. After that, morphine came in the seventies, and "people began to die like flies". As a consequence, all morphine addicts who stopped using and went into severe withdrawal had to resort to heroin. This chain of events unfolded during the final years of the sixties and solidified during the 1970s. In the first minutes of the documentary, we hear one addict saying that ten years before it was hard to find some hash in Stockholm. Today (1979), "heroin is easier to find than hotdogs". These rapid changes in the social field fortified some of the, already existent, social inequalities as young people coming from the more underprivileged districts of Stockholm were more prone to drug abuse compared with those coming from the posh neighborhoods of the city. This division between rich and poor in Stockholm raises serious questions concerning the effectiveness of the much-discussed Swedish social policies at the time.

Nevertheless, Stefan Jarl succeeds in remaining non-judgemental about the protagonists of this dark documentary and avoids any moralization of both the addicts and the system that is supposed to protect and treat them. It would be so much easier to condemn or romanticize the main theme and the people caught in its net, though he retains his distance and delivers a naturalistic look in Stockholm's underbelly. He also interposes from time to time, some quotes from literature or poetry such as Allen Ginsberg's Howl which seems to be the perfect fit for the cruel, hopeless reality depicted in the documentary. There is no hope of redemption for the protagonists that seem to be locked in a downward spiral, eventually leading to a sad, lonely death. The breakup of human communication and interpersonal connection, caused by drug abuse is highlighted here and solitude, as well as cynicism, is the standard. Some may claim that A Respectable Life is a work of art that concerns mainly the Swedes but this is not correct. The underground in most of the world's biggest cities is more or less the same, while the differences are minimal. I believe that watching this documentary will prove to be an awakening experience for many members of the audience who think that major social menaces such as drug addiction don't concern them.

You can find the complete trilogy on Amazon.com: https://www.amazon.com/gp/prod... 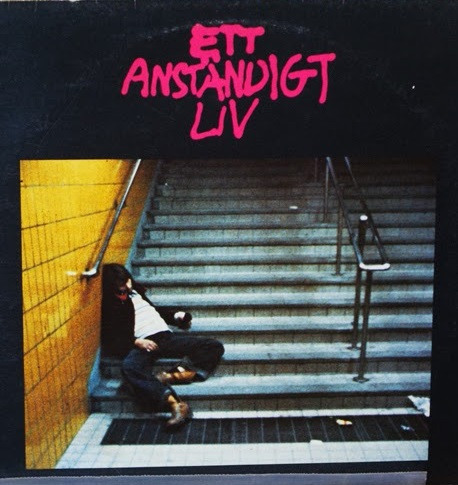