Another achievement by Toni Servillo.

As an ardent admirer of Toni Servillo's impeccable acting skills, I am determined to watch and review the whole of his filmography. The Italian actor's presence in every movie that he participates is dazzling as the viewers of films such as Il Divo, The Consequences of Love, and Gomorra well know. A Quiet Life is one of the lesser known movies featuring Servillo as a protagonist and this is a real shame as it is one gem of a film, slow-burning and character-oriented with solid performances by all the members of the cast. The director, Claudio Cupellini, concentrates on the impossibility of leaving behind a life of crime and start afresh with a clean slate. The past has the tendency to always catch up with you and the result is devastating for all those involved in your new life. Servillo plays Rosario, a man with plenty of skeletons in his closet, who is responsible for multiple murders in Italy and now leads the titular quiet life in Germany where he settled after deciding to abandon his old ways and live as a law-abiding citizen and family man.

Rosario created a new family in a little town near Frankfurt and now he owns a small hotel there with a great kitchen where he likes to spend his time working as a chef. Everything runs smoothly in Rosario's life until the arrival of two young Italian thugs shatters his tranquility and jeopardizes the security of his new identity. Considered dead by his old mafia acquaintances, Rosario has a new name and never talks about his past or his family not even to his German wife, Renate. The two small-time gangsters, Diego and Edoardo, rent a room in Rosario's hotel and the audience immediately suspects that Diego is a man who is connected to Rosario's past life in Italy. Soon, we learn that Diego is Rosario's estranged son and from then on we watch as the story unravels and the two of them become entangled in a precarious plight that soon escalates to being Rosario's worst nightmare.

The pacing is slow and there is not much action depicted on screen, nevertheless the attention is focused on the trio of the protagonists, Rosario, Diego, and Edoardo. Diego seems to have followed his father's footsteps and he travelled to Germany along with his friend in order to execute a local businessman. As Rosario gradually grasps the truth he faces a dilemma of loyalty between his new family and the one that he left behind fifteen years ago. The tension between father and son is palpable and there are some great scenes, especially near the finale, where Diego expresses his resentment over Rosario as he still feels rejected by his own flesh and blood. Marco D'Amore (The Immortal, Gomorrah) delivers a convincing performance of a confused young man who is not ready to become a career criminal and holds bitterness over the betrayal of his father.

Fransesco Di Leva is Edoardo, Diego's trusted friend and accomplice in his devious missions that involve the cold-blooded murder of human beings for the sake of money. Even though he comes across as rather frivolous and impulsive, he begins to wonder and have questions regarding the mysterious Rosario and the true nature of the relationship between him and Diego. Rosario will start to become threatened by Edoardo's presence in his hotel and he will be tempted to apply his long deserted methods of resolving conflict. Edoardo is one of the key players in the story and his role is the catalyst for the final showdown between Rosario and Diego. Di Leva does a fine job in portraying the featherbrained hoodlum who likes to flirt the local girls and is prone to getting involved in fights with their boyfriends.

Servillo is the number one reason for watching this movie as his appearance on screen and his sensitive, humane interpretation of the difficult role of Rosario reaches a whole new level of craftsmanship. His performance is worthy of an award and the way in which he uses his wide palette of expressive skills convinces even the most demanding viewer of the authenticity of his portrayal. It is a unique display of artistic prowess that will burn into your retinas and make you feel lucky for having the opportunity to savor the imposing work of an actor of his caliber. Servillo commands the screen and the rest of the cast is unavoidably overshadowed by his extravagant talent. I can't wait to watch his latest collaboration with Paolo Sorrentino, the director of The Great Beauty, Youth, Loro and several more outstanding pieces of contemporary Italian cinema, which was released in 2021 under the title The Hand of God. Sorrentino and Servillo form an unbeatable duo and their combined work has offered some of the most unforgettable cinematic works originating from Europe during the previous two decades.

In terms of the overall tone and spirit that exudes A Quiet Life, the film is, in some rather abstract manner, reminiscent of another Italian masterpiece featuring Servillo, Paolo Sorrentino's The Consequences of Love. The viewers who are familiar with this title will recall the painstakingly slow build-up of the story, the emphasis on a protagonist who is filled with secrets, and the radiant cinematography that framed a sad, nevertheless ingenious plot. The above characteristics can be also attributed to Cupellini's movie that is made for European audiences as it is certain that the American one will find it boring and, perhaps, pretentious. The many loyal fans of Servillo who may have overlooked this title as it is not a well-known picture will certainly want to add this movie to their to-watch list. If you are tired with the generic perceptions and representations of a crime film, this is your chance to relish something different and after finishing, you will feel that you have learnt something more about life and the complex nature of the human relationships. 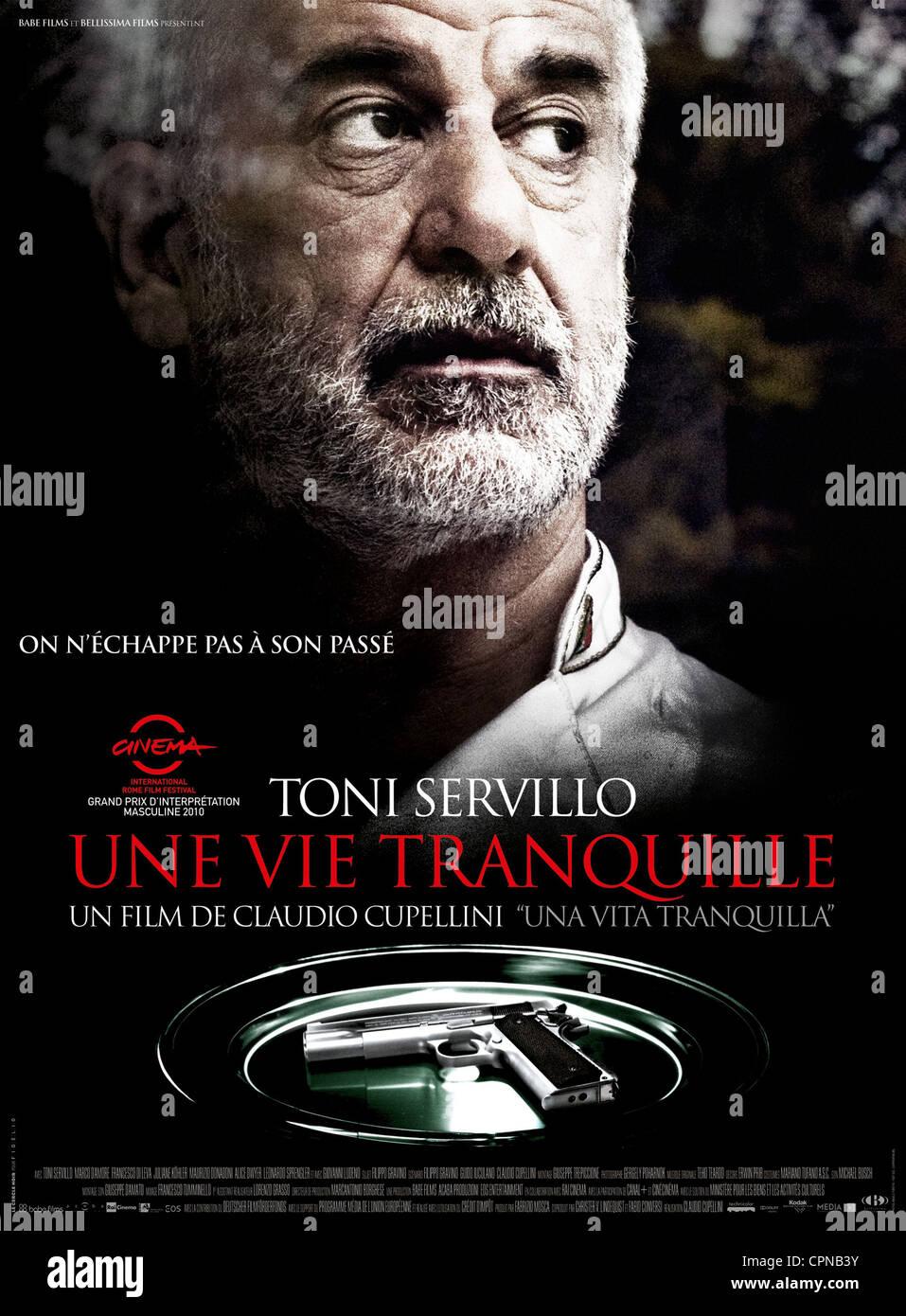