A Little Place Off the Edgware Road

A mesmerizing short film on artistic inspiration and creativity, based on a story by Graham Greene.

This is a captivating and thought-provoking film centered on a crime author who suffers a severe case of writer's block and attempts to find solace in cinemas, watching Alfred Hitchcock movies all by himself. The protagonist, James Craven (Paul McGann), visits frequently his psychotherapist as he is desperately trying to overcome the block and write a successful novel once again. One night, a stabbing incident outside his flat in Edgware road will attract James' attention for reasons that are not entirely clear even to himself. Soon, he will discover that the boundaries between reality and fiction have become much more obscure and that he should figure out what is happening in order to move on with his life. There is an undercurrent horror aspect present in the story, especially in some truly intense sequences.

A Little Place Off The Edgware Road is originally a Graham Greene's story, one of the few that incorporates horror elements, such as the bloody nightmares of the protagonist or the last sequence in the cinema where James speaks to a dead man. The main narrative vehicle is the interactions between James and his psychotherapist (Owen Bremnan) that offer some truly high-quality dialogue even though it is short-lengthed. The total runtime of this short movie does not exceed fifteen minutes, so it is a quick and rather enjoyable watch. If you are a fan of Graham Greene's writing and revel in short films, A Little Place Off The Edgware Road is a perfect choice. 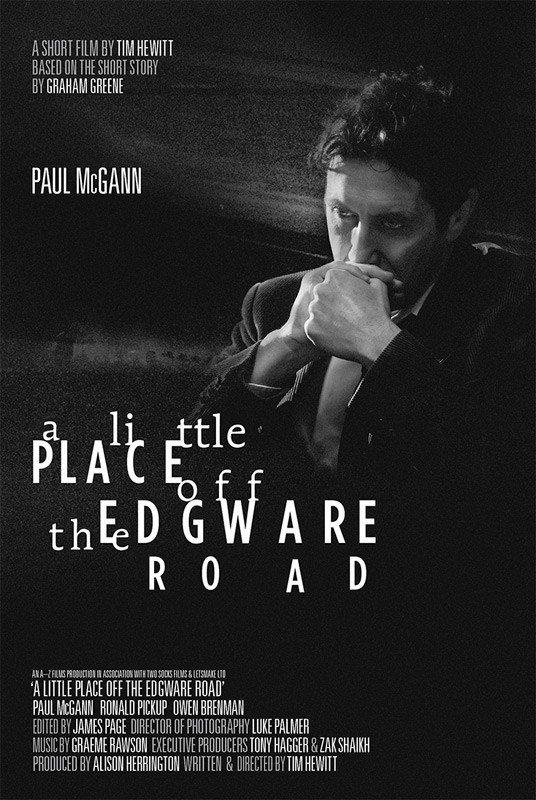 A Little Place Off the Edgware Road