NOTE: Beneath the end of the list, you can find the posters and details for each movie selected.

Based on the namesake novel written by the controversial Belgian author Jef Geeraerts, Dossier K. is the second in a trio of movies based on Geeraerts's books, succeeding The Memory of a Killer (De zaak Alzheimer/2003) and preceding Double Face ( Het Tweede Gelaat/2017). All three movies feature the same protagonists, the solemn detective Eric Vincke (Koen De Bouw) and his trusted sidekick, the frivolous and good-hearted Freddy Verstuyft (Werner De Smedt). The two of them form an odd pair that offers moments of genuine laughter in the otherwise bleak crime stories featured in the movies. Dossier K. was directed by Jan Verheyen, known to the wider audiences from his 2013 courtroom drama The Verdict (Het Vonnis), and the book's adaptation into a screenplay is the work of the seasoned screenwriter Carl Joos, who has been involved in several prominent Belgian productions, accurately transferring the novel's mood and tone on screen. The plot relays the police investigation into murders linked to the Albanian mafia in Antwerp. Full of action and suspense and with the two leading actors delivering memorable performances, this is one of the most enjoyable crime/thrillers originating from Flanders during the 2000s.

Bearing the signature of the popular Flemish director Eric Van Looy (The Memory of a Killer, The Prime Minister) and featuring an ensemble cast consisting of several notable contemporary Belgian actors, Loft is, without a shadow of doubt, one of the sexiest, most enticing European thrillers ever shot. The story that involves five friends who decide to rent together a loft in order to attend to their needs created by their extramarital affairs. The story begins when the 5 amigos discover the dead body of a young woman on the apartment's bed, stabbed to death during the previous night. As secrecy imposed, only the five of them have keys for the loft, so they begin suspecting each other for the murder. The story is told in the present timeline with many flashback sequences shedding light to the characters' past and offering plausible reasons for their fraught relationships with one another. Loft will keep you on the edge of your seat with its ingenious script, suspenseful plotline, impecccable performances and efficient dialogue. It should be noted that the film was remade for the American audience in 2014 again by Van Looy. There is also a Dutch version of the story, shot in 2010 by Antoinette Beumer. This is the perfect choice for thriller and mystery aficionados who seek thrill and genuine entertainment.

A dim story revolving around brotherhood, The Ardennes by Robin Pronti, who also co-authored the screenplay along with Jeroen Perceval, is a slow-burner of a thriller, remaining focused on its main characters and creating tension through things verbally expressed, but especially through those left unsaid, implied. Kenneth (Kevin Janssens) and Dave (Jeroen Perceval) are two brothers who followed the criminal path in life, resulting to a botched robbery that puts Kenneth away for four years. The story begins with Kenneth being released from prison and returning home where Dave is reluctantly expecting his arrival. The reason for Dave's qualms is that himself has managed to put his life back on track and fears that Kenneth's presence will get him in trouble for one more time. Added to that, Dave has begun an intimate relationship with Sylvie (Veerle Baetens) who also happens to be Kenneth's ex-girlfriend and for whom Kenneth still cares a lot. The predicament faced by the protagonist generates a lot of suspense and even from the first minutes, we are expecting the big bang, the moment in which all the secrets are revealed, and the characters are forced to make life-or-death decisions. The ending climax is unforeseen and full of dramatic tension, leaving the audience more than satisfied. The three leading actors are terrific in the portrayal of their respective roles and everything about The Ardennes screams high quality and promises excitement.

Written and directed by Michaël R. Roskam, Bullhead is the dismal story of Jacky Vanmarsenille (Matthias Schoenaerts), a cattle farmer living in Sint-Truiden and a scarred man, still tormented by a traumatic event that happened in his childhood and marked his life for ever. Jacky acts like a bully and is involved in crooked dealings involving a West-Flemish beef trader. He is pumped with steroids for a reason that the audience learns somewhere in the middle of the film's runtime and, beware, it's a revelation of incomparable brutality and will definitely shake you to the core. The murder of a federal policeman will ignite a series of events that will force Jacky to reconcile with his past and acknowledge his overwhelming feelings of emptiness and desperation. Existential in its origins and intentions, Bullhead is one of the most disturbing movies that you will have ever watched, but there is a payoff, as the story is deeply human and raises questions related to crime and the inevitability of punishment, determinism vs. free will and other, philosophical in their nature, themes. Matthias Schoenaerts is a true force of nature as Jacky, and it should be noted that his preparation for this role lasted for two years, adding 27 kilograms of muscle mass to his body in order to achieve Jacky's monstrous physique. Furthermore, he studied the Limburgish dialect in order to be respectful toward the natives, proving that he is a remarkable artist. I am always reluctant when it comes to recommending Bullhead to others as it is the exact opposite of an easy-to-digest movie. If you choose to watch it, be prepared for a savage trip.

Based on the titular novel by the late English crime writer Mo Hayder, The Treatment is a gloomy thriller featuring motifs related to pedophilia and child abuse. As a novel, it is the second installment in Hayder's celebrated Jack Caffery book series consisting of seven novels in total, and perhaps the most highly praised in the whole saga of the soul-searching detective of Major Crime Investigation Unit in Bristol. The book was adapted into the Belgian reality with the protagonist's name being Nick Cafmeyer (Geert Van Rampelberg), a conscientious officer of the law who is assigned to investigate the case of a brutal home invasion that resulted in the death of a little kid. Cafmeyer is burdened with the anguish of his little brother's disappearance that took place during his childhood, as exactly Caffery did in Hayder's novels. The young detective that the man responsible for his brother's vanishing, and probably murder, is Ivan Plettinckx (Johan van Assche), a cruel pedophile who is one of the most abhorrent villains I've ever encountered in a movie. The truth about the fate of Nick's little brother will intersect with his professional investigation on a string of murderous home invasions and Nick will have to face his worst nightmares in order to achieve redemption. Will he be able to obtain absolution for the guilt that he harbors about not being able to protect his sibling. The final scene of the film explains everything but be prepared for the very opposite of a happy ending. The Treatment absorbs every bit of the original source's atmosphere, and the final result is a tense thriller that deserves wider acknowledgement, especially for the loyal fans of the genre. 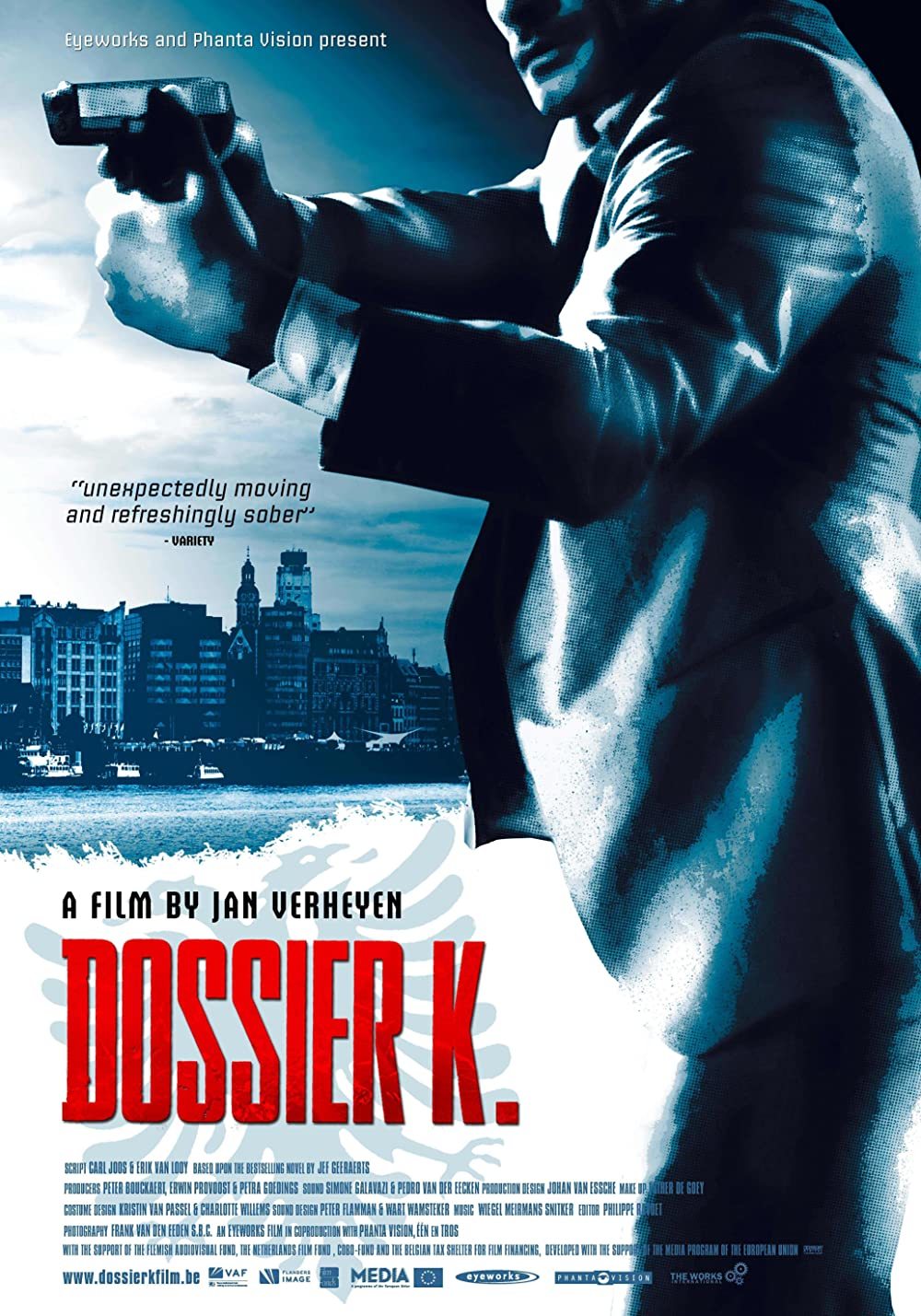 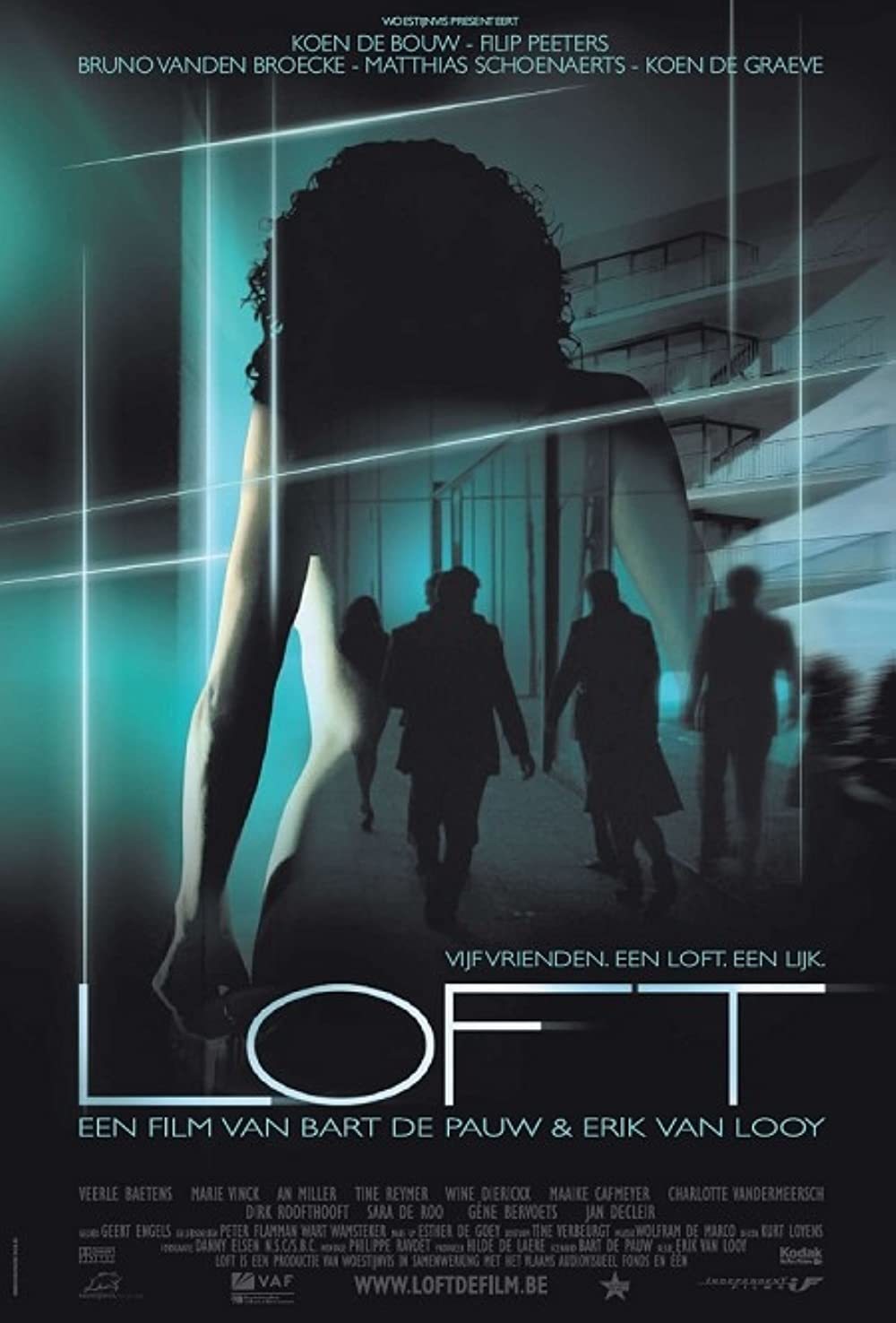 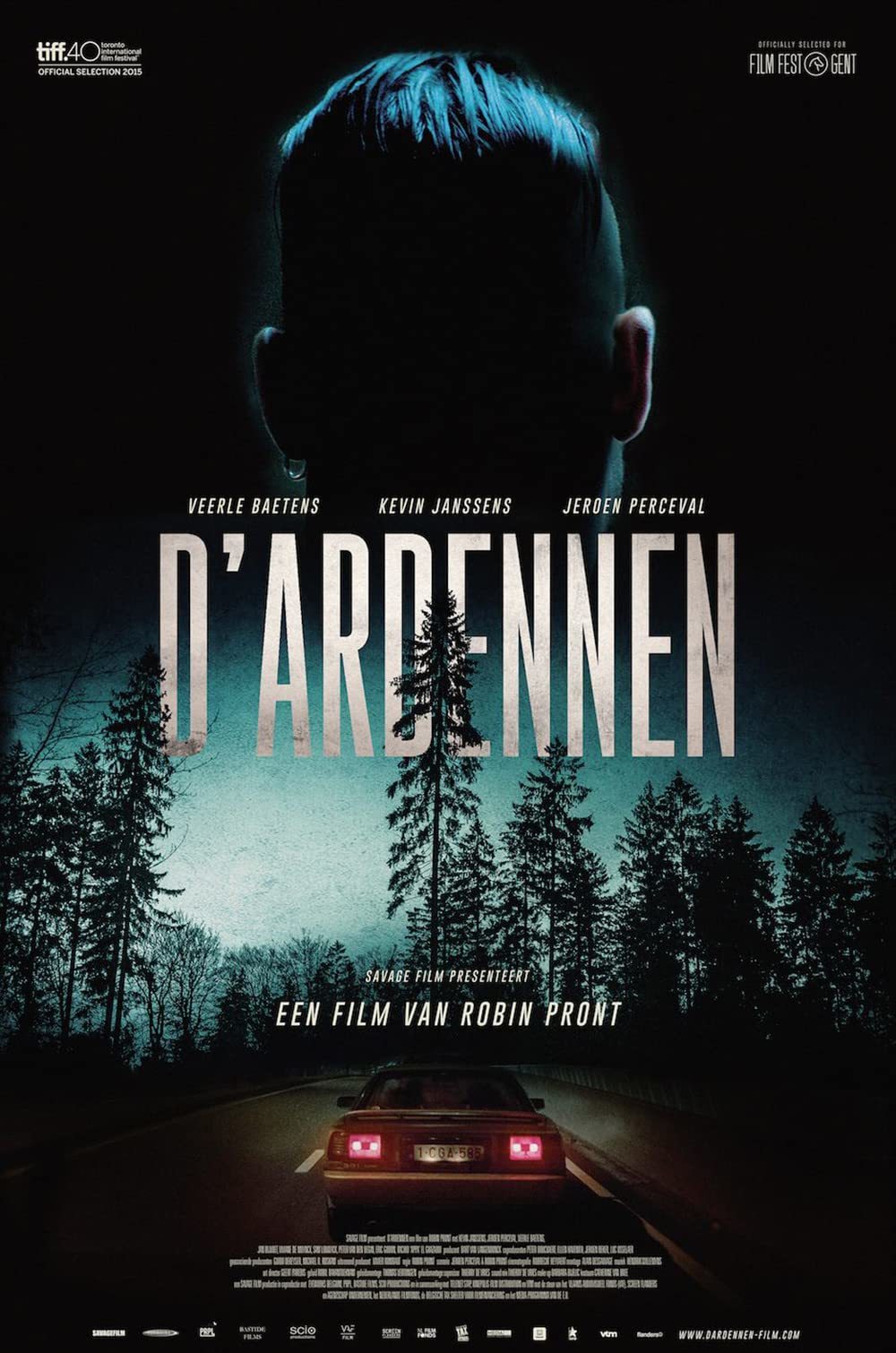 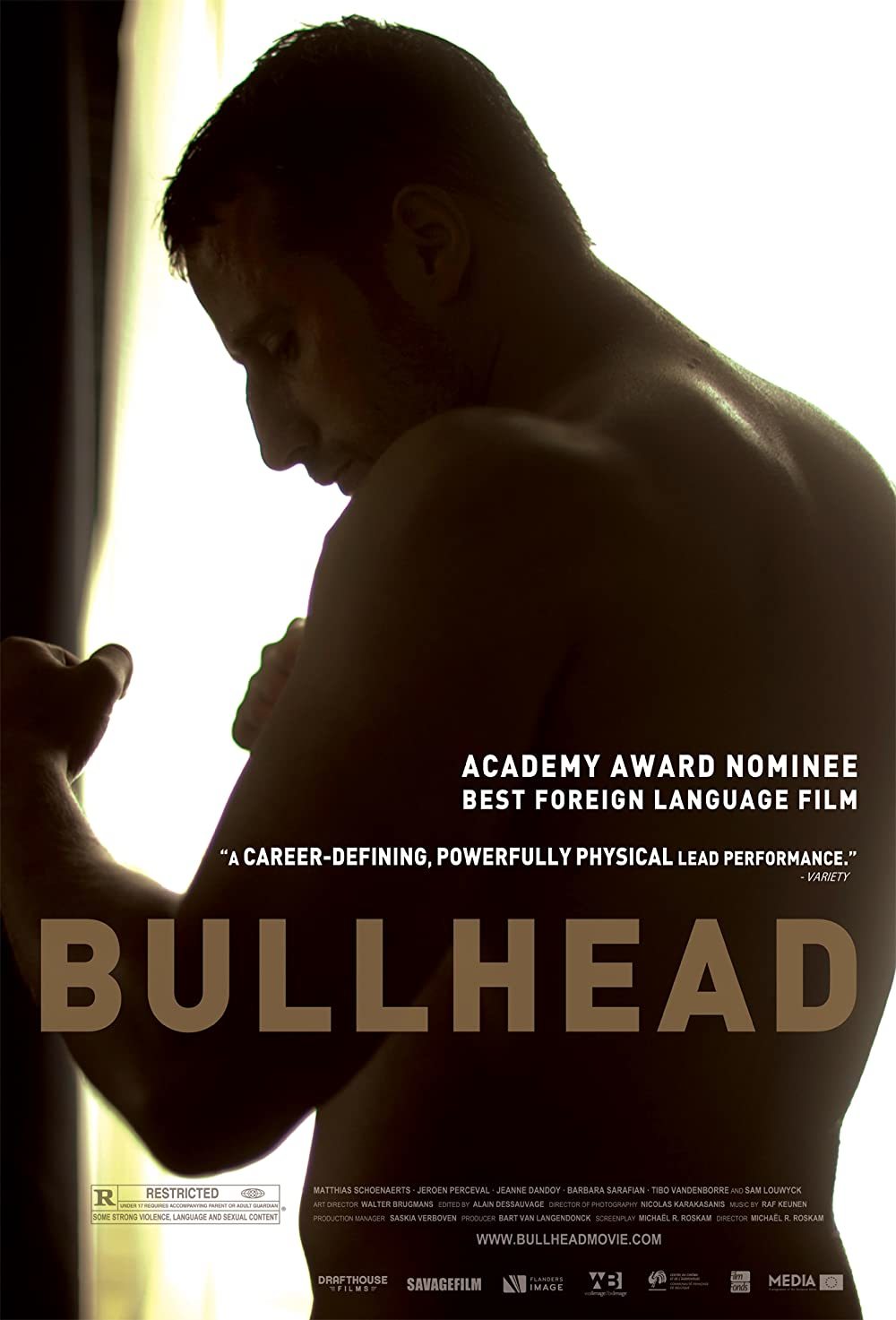 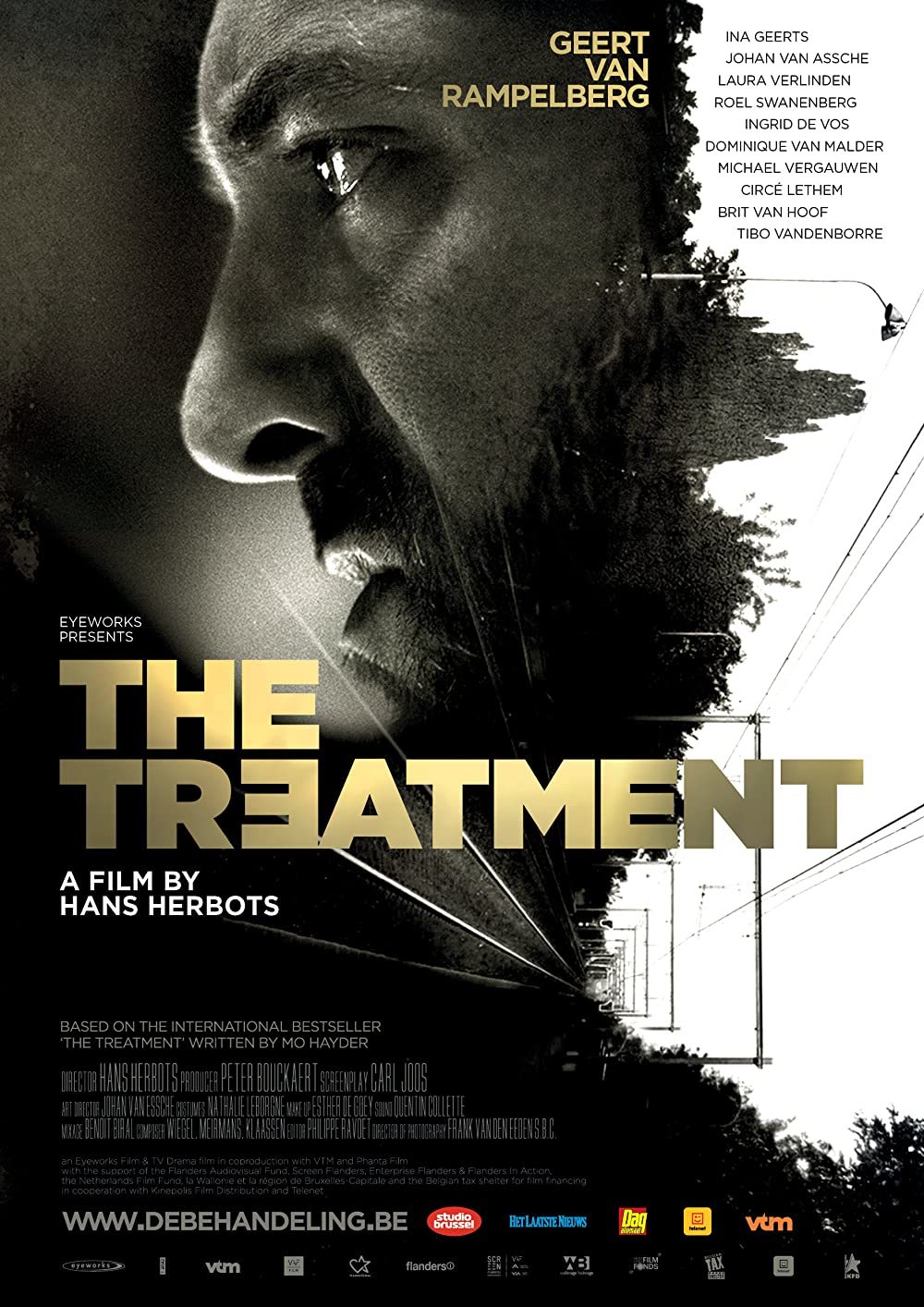