LIST: 5 Great Nordic Crime TV Shows You May Have Overlooked

NOTE: In the end of the list, you can find the posters and relevant information for each of the recommended shows.

I will begin this list with the most underrated and forsaken adaptation of one of the most popular novel series written by the Swedish patriarch of crime fiction, Henning Mankell. Kurt Wallander has been featured in a multitude of television shows, the most prominent being the one having Krister Henriksson in the role of the taciturn police inspector. The production aired for 3 seasons (2005-2013) and, despite its unevenness, won the praise of the critics who hailed Henriksson as the most fitting choice for the role of Wallander. English speaking audiences became familiar with Mankell's protagonist through Kenneth Branagh's take on the Ystad-based criminal investigator (4 seasons/2008-2016), a series with high production values and beautiful photography that made the name Wallander known to every corner of the globe. Nevertheless, it was the veteran Swedish actor Rolf Lassgård who first embodied Wallander in a series of TV movies based on several of Mankell's novels. There were 9 films shot in total (1994-2006) and in the last one, Pyramiden (2007), Gustaf Skarsgård takes the lead as a younger Wallander. Lassgård's performance is exceptional as he manages to capture and reflect the essence of his character, the contradictions, the insecurities, the guilt, and the empathy, all hallmarks of Wallander. His immense experience certainly helped him to represent a more humane version of his role, always staying closer to the original source and Henning Mankell's depiction of his beloved protagonist. Of course, not all movies are equally compelling, however they never fail to stand at a high level in terms of screenplay and performances by all the actors. This is definitely the most unappreciated Wallander adaptation and it is little known outside the Swedish borders. Fans of Henning Mankell and aficionados of the classic Swedish police procedural should try and get their hands on some of these overlooked gems.

Next, we travel to my adored Land of Fire and Ice to talk about Cover Story (original title: Pressa). The show aired for 3 seasons (2007-2012) and casted some of the hottest names in the Icelandic movie industry such as Sara Dögg Ásgeirsdóttir, Þorsteinn Bachmann, Björn Thors, Gísli Örn Garðarsson, and Jóhannes Haukur Jóhannesson. The plot revolves around a fierce journalist, Lara, who always finds herself entangled in complex criminal investigations that ultimately put her own life at risk. The show explores the corruption and interconnectedness between mass media and the political as well as financial elite of the country. The final result is a suspenseful ride with a strong female lead on its epicenter, featuring an honest depiction of the hardships faced by a young woman trying to juggle her personal and professional life. There is a high level of intrigue and backstabbing taking place in the newspapers in which Lara works and the audience if often prompted to reassess their judgement concerning some of the secondary characters. Even though Pressa is a show that has nothing to envy from similar productions originating from the U.S. and Europe, it still remains neglected even from some of the die-hard fans of Nordic noir. I would urge you to give it a try and you will be instantly hooked.

Next in the line comes the Danish TV series Pros and Cons (original title: Friheden), a fabulous mix of humor and suspense, its story revolving around the life of two professional con artists, Erik (Lars Ranthe) and Nina (Lene Maria Christensen). The creators of the series, Thor Bjørn Krebs and Mikkel Serup, deliver a show that balances harmoniously between comedy and crime fiction, keeping the audience always on the edge through the use of cliffhanger endings and precarious situations that the protagonists have to deal with while pulling their scams. Erik and Nina have two children, the teenager Esther (Emma B. Marott) and little Kaj (Emil Tholstrup), who soon begin to play their own part in their parents' obscure line of business, especially in the second season. Season Danish actress Lotte Andersen plays the role of Jacqueline, the couple's old acquaintance who will drag them again in the world of lies and deception by offering them something that they simply cannot refuse, either due to greediness or nostalgia for their former way of life which was filled with adrenaline rushes and narrow escapes from disaster. The first season (2018) is more solid and the tempo is perfect, the plot unfolding in the course of 10 episodes, each moving the story a bit forward and revealing some of the key points that will prove critical for the finale. The second part (2020) is weaker, even though it has a promising start with the couple planning to outwit a French tycoon for a large sum of money. Nevertheless, the story loses its spark after a while and resorts to cliches in order to save the day. Overall, Pros and Cons is one of the most noteworthy Danish television productions in the genre of crime fiction, sprinkled with playfulness that will make you laugh.

Norwegian television has made huge steps during the last decade and offered some the most expensive and visually impressive crime television shows originating from the Scandinavian region (for example the palatial Wisting). However, in 2020 an understated production aired under the title Witch Hunt (original title: Heksejakt) and featuring the story of Ida, a young woman working as the chief accountant of a major law firm, who watches her whole life unravel after deciding to dig deeper into a seemingly routine case of invoicing error. Her colleagues seem to have a lot of secrets and Ida has no one to stand by her side when the storm hits her and her family hard. Ida will realize that it is a heavy burden to be a whistleblower and your fate is to become ostracized by everybody, including the people that you feel closer too. The plot is rich and the characters are exceptionally outlined while the performances by Ingrid Bolsø Berdal as Ida, Mads Ousdal and Axel Bøyum deserve the praise of the audience. What makes Witch Hunt a treat to watch and an ideal choice for a binge-watching session is the fact that there is nothing superficial or redundant in terms of the plot, and each scene is studied to fill a particular piece of the overall puzzle. Once again, the socio-economical stratus quo of today's Norway is criticized by the creators and the character of Peer Eggen becomes the symbol for the country's cocky financial elite. In my opinion this is one of the best samples of Norwegian television in the last few years and it definitely deserves your attention.

Last but not least, there is the crown jewel of all Scandinavian crime television shows, the terrific Eyewitness (original title: Øyevitne) which aired in 2014 and concluded its course in the course of only 6 tight-packed episodes. The show begins with a bang when two teenagers, Philip (Axel Bøyum) and Henning (Odin Waage) meet secretly in the woods in order to make out but they unwillingly become witnesses in a massacre carried out by an individual whose face is only seen by Philip. The carnage cannot go unnoticed in the small community where the two kids live and Philip's step mother Helen (Anneke von der Lippe) who is the superior officer in the local police force gets assigned to the case. What follows is a rollercoaster of surprises and twists that bring together various characters, enlivened by some of the most memorable performances in television by the whole of the cast. There are more heavy names taking part in the series such as Tobias Santelmann and Fridtjov Såheim while Yngvild Støen Grotmol's beauty is a sight for sore eyes, capturing the audience's attention in every scene she participates. I mentioned above that in Witch Hunt there is no room for redundancy and if that is true, then you can multiply it by ten in order to get what's going on in Eyewitness. The show delivers a masterclass in screenwriting, teaching the television producers how to create a high-octane thriller while at the same time leaving room for plausible character development and the growth of a peculiar love story between Henning and Philip. Despite its greatness, Eyewitness is not the show that comes in mind for the majority of the viewers when talking about Nordic crime TV series and that's more than a shame as I cannot think of another production that left me breathless in the end. I really cannot recommend it more strongly. 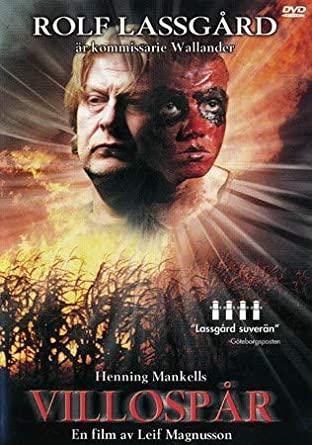 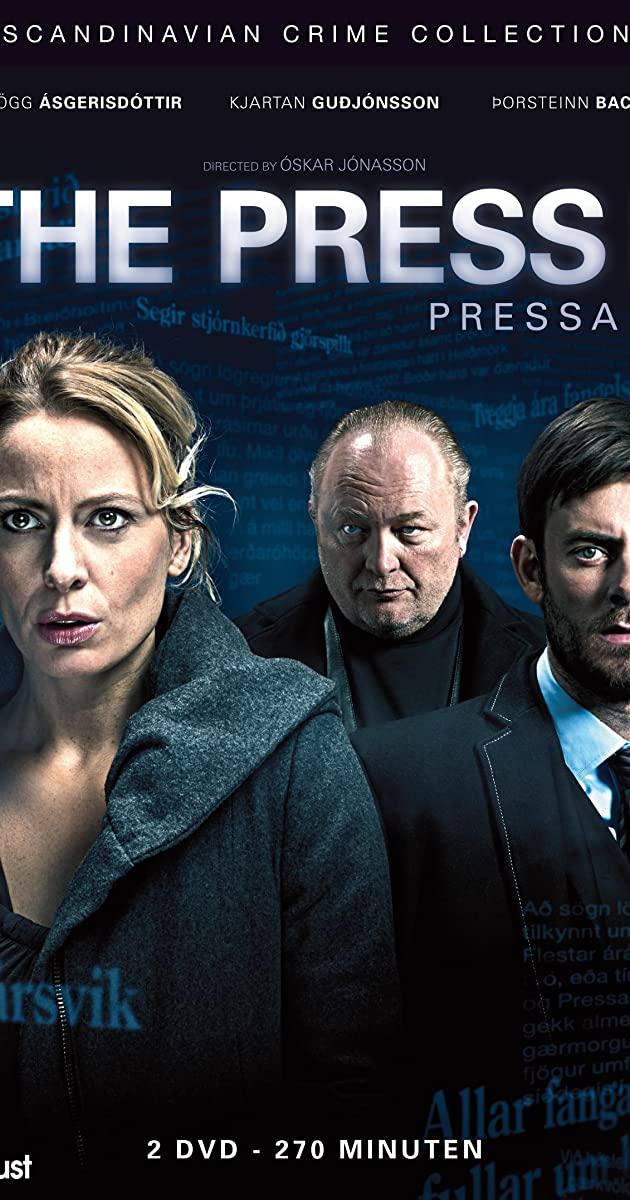 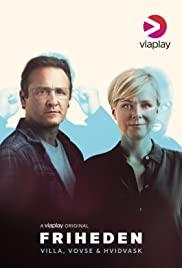 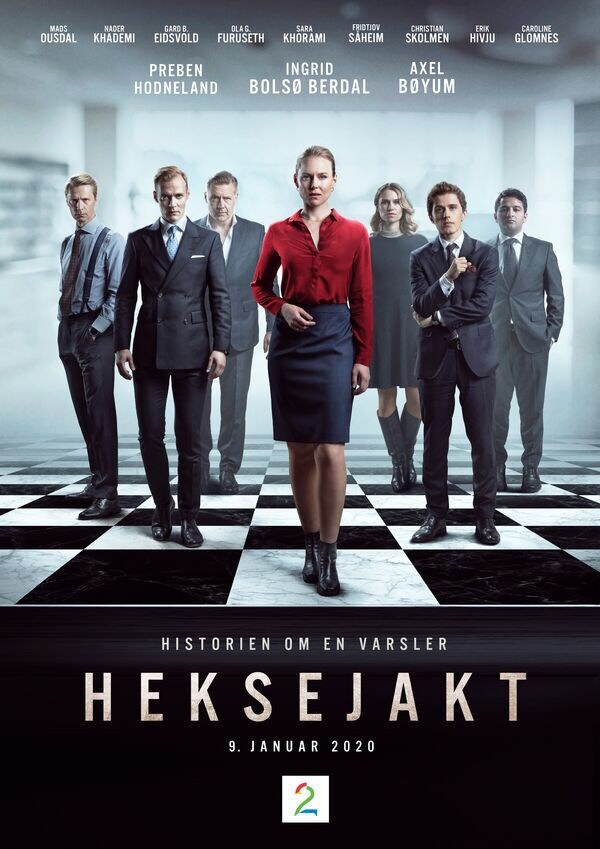 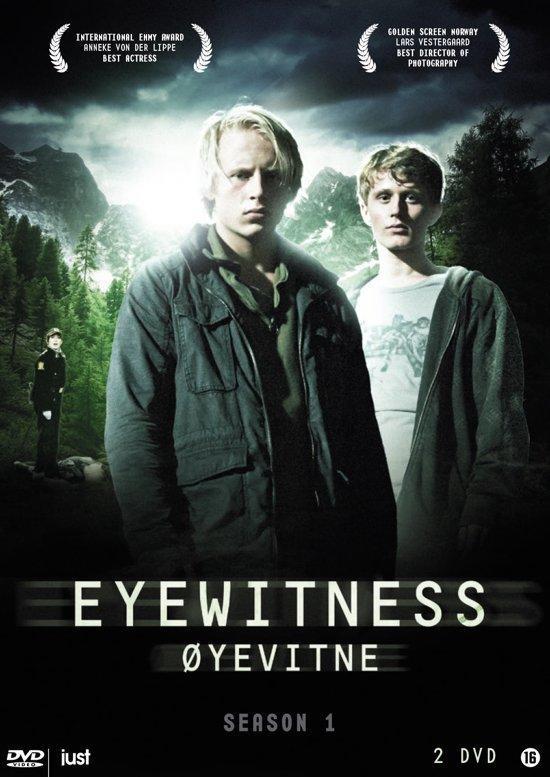