NOTE: This review is based solely on the first two episodes of the, six-part, second season of "Stella Blómkvist", both narrating a single story under the title "Murder on Instagram".

Sporting blonde hair and retaining her trademark nonchalant, frequently defiant, attitude, Stella Blómkvist is back for the second season of the highly stylized Icelandic crime show featuring a Hammettesque heroine who works as a lawyer and navigates herself through the country's dark side of crime and politics. Stella is an attractive protagonist, and one of the show's greatest assets, as she is a volatile mix of private investigator and femme fatale, a rare combination for the Nordic TV productions of the genre. The head writer of the series, Jóhann Ævar Grímsson, acknowledged the influences from the American hardboiled tradition and in an interview that he gave to Damon Wise for the Variety magazine, said about Stella: "It’s difficult to describe her, because she manages to be so many things (...) She has flexible morality, she’s clever, she’s ruthless, she’s very witty – she’s a person who is navigating through the world on her own (...) She’s kinda like Sam Spade, with a law degree and sexuality" (Sagafilm Presents Crime Thriller 'Stella Blomkvist' at Series Mania - Variety). The protagonist's vocation as a criminal lawyer liberates her from adhering to a predetermined set of restricting rules, as it happens with police investigators, and allows her to move more freely even in Reykjavik's underground that is inextricably linked with the country's financial and political elite, if we are to believe the show's representation of the current socio-economic status of Iceland.

The series is loosely based on the novels written by an unknown writer using the nom de plume "Stella Blómkvist" and who has written more than 10 books in the titular novel series, none of which has found its translation into English, unfortunately. Hopefully, the show's impact will convince the publishing world to take another look at the mystery of "Stella Blómkvist" books, providing the readership with a golden opportunity to trace the beginnings of the character that they loved through television. There is a lot of speculation regarding the true identity of the author and for a while it was rumored that the person behind the nickname was Davíð Oddson, the former Prime Minister of Iceland, something that has not ever been verified. The enigma engulfing the writer's identity would certainly boost the sales of the novels that would be accessible to the Icelandic crime fiction's many aficionados around the world. Anyway, Ævar Grímsson had to make a lot of changes in order to create a story tailored into the current times as the original source in which season 1 was based on has been published in 1997 under the title Morðið í Stjórnarráðinu (in English: The Murder in the Ministry). Thus, the show's screenplay is only loosely based on the novel(s) which function as a general guiding compass for the creators.

The second season picks up the story two years after the events that marked the finale of the previous one and finds Stella in a rather tough spot as her personal life is non-existent after the acrimonious break up with ex-girlfriend Dagbjört (Sara Dögg Ásgeirsdóttir) who is now the prime minister of the country after a sweeping election win. Stella still cannot shake the repercussions of the break-up and her mind often swirls around Dagbjört who begins her term with controversial decisions such as the creation of a private police force, something that provokes the public's outcry. In the first episode, and after an extremely helpful and illuminating recap of the previous season's major events, we watch as Stella stumbles upon a human trafficking ring that is potentially linked with a murder. Eager to help the frailest members of society, Stella's strongest moral attribute, she will entangle into a murky investigation that will eventually lead her to the internet and more specifically to social media sites like Instagram. Her best friend Gunna (Kristín Þóra Haraldsdóttir), a computer nerd living in her own secluded cyberworld and the person to whom Stella confides the details of each case, is always by her side doing what she knows best: hacking. The first two episodes comprise a single story and this is how it's going to work in the remaining four episodes. Two more separate stories, told in a set of two episodes, with the common denominator being a basic plotline that will permeate all six episodes.

Heida Reed shines in the role of Stella, creating a fascinating, exotic mix of an erratic woman defined by her contradictions and inconsistencies in character. She is kind-hearted to the weak, but relentless when she has to deal with high-end corrupt politicians or career criminals. She is fierce and courageous and doesn't hesitate to express her innermost feelings to the persons that she loves and cares about. Stella often resorts to wisecrack remarks and witticisms that are painted with the dark colors of cynicism, bringing forth the darker side in her that, during the first two episodes of this season, seems to eat her from within, prompting her to make disastrous decisions in the spur of the moment and without much pre-planning. Nevertheless, it is exactly this childish frivolity that renders her such as sympathetic character and we are always rooting for her even when she is drowning in alcohol, cigarettes and other nasty addictions. Stella Blómkvist is a singular protagonist in Nordic crime fiction and the creators' characterization hits spot on, crafting a memorable fictitious creation that even manages to warm our hearts with her humane acts of kindness while being in the midst of bleak investigations involving murder and other despicable crimes. Reed is built for an international career and I was not surprised reading that she stars in FBI: International, an American crime show, spreading her wings to the U. S. market.

Watch Stella Blómkvist without a second thought: it is flashy, glamorous, visually stunning, nicely acted and the storylines are a mix of good old whodunit mixed with dashes of political intrigue and international relations. The viewer understands that Iceland is not just an insignificant little country in the North Atlantic, but an evolving society and economy that is blemished with the ills faced by all contemporary Western democracies. It is one of the country's most conspicuous television exports and it deserves a chance. A final note: it is necessary to have watched the first season in order to fully grasp the plot complexities in the second one, so watch it in order. 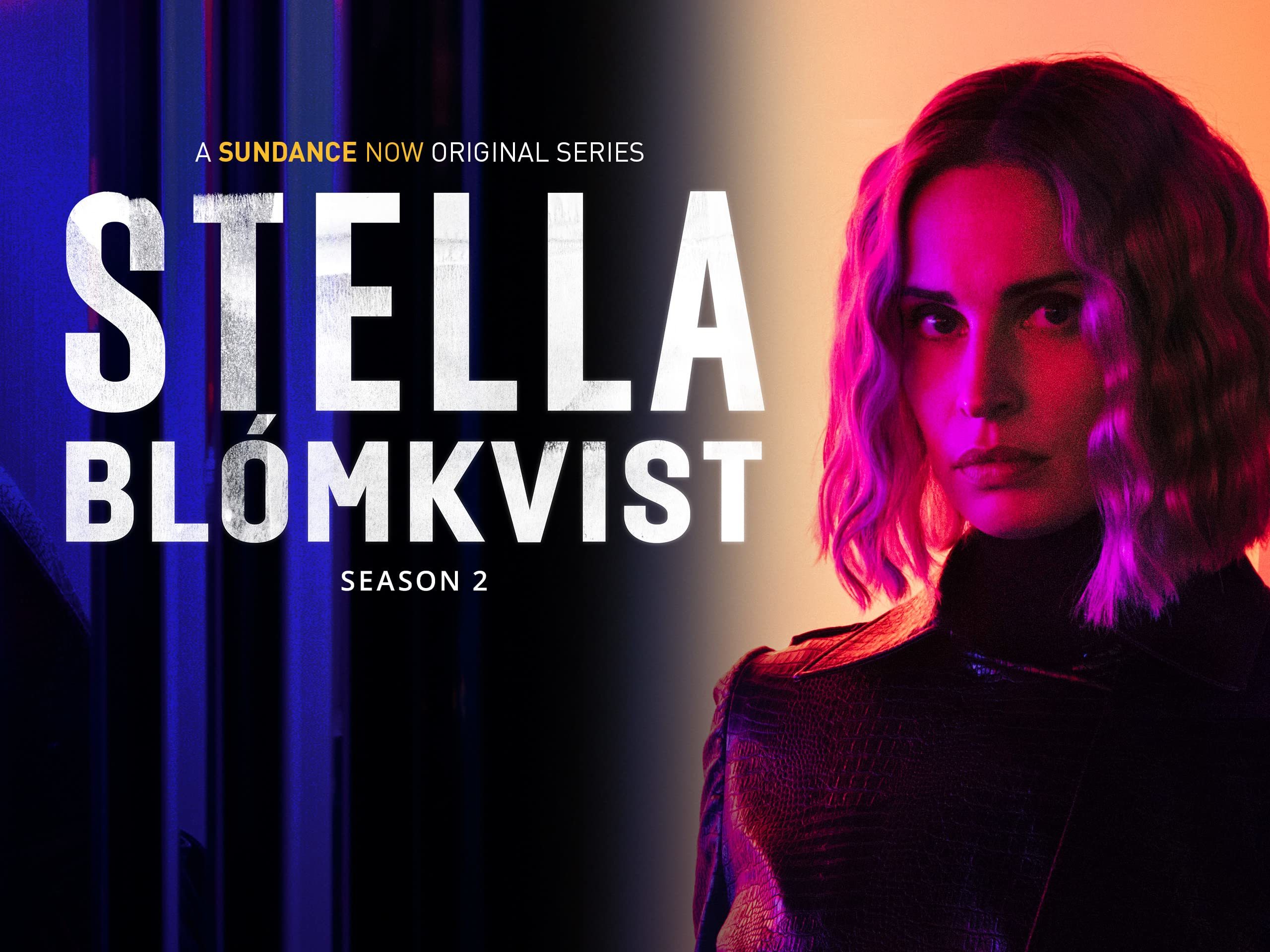