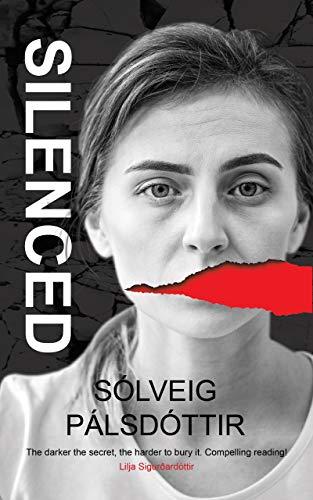 It is such an honour and a pleasure to be chosen to participate in one of the blog tours organized by Corylus Books, an independent publishing house focusing on bringing to the foreground the works by authors originating from countries like Iceland and Romania. I was lucky enough to read some exceptional crime novels involving a strong political aspect such as Sword, written by Bogdan Teodorescu, and The Fox by a new voice in Icelandic crime fiction, Sólveig Pálsdóttir. Pálsdóttir has written her first novel, The Actor (original title: Leikarinn), in 2012 and since then she continued to deliver more high-quality titles that earned rave reviews and have been shortlisted for the Icelandic Crime Fiction Awards. Her studies in literature and her experience as a teacher of Icelandic literature, linguistics, and drama certainly helped her to develop a particular writing style that stands out due to its simplicity and alluring characterization. Unfortunately, most of her novels hadn't been translated into English yet and The Fox was the first book that reached the English-speaking readership through a wonderful translation by another acclaimed crime author, Quentin Bates. Bates is an English writer who has lived in Iceland for many years and became infatuated with the Icelandic culture and language. His translations are impeccable and succeed in conveying the spirit of the original text to the reader.

Silenced is the latest installment in the Guðgeir Fransson series and it is a quite different book than the previous one, more fast-paced and featuring a captivating storyline which tackles many crucial social themes such as the implications of physical and mental abuse, the meaning of family loyalty and the lengths that we are prepared to go in order to protect our beloved ones, as well as the devastating consequences of greed and abuse of power. Guðgeir is a likeable protagonist who is persistent and intuitive as a police investigator, while his team is equally competent and hard-working. In Silenced, Guðgeir will have to trust his instinct more than ever as a case which initially seems to be open and shut and considered to be a suicide will prove to be more complicated as the reader turns the pages. The book grabs you by the throat from the first few pages and the first chapter constitutes a chilling introduction to the story that unravels in a quick tempo satisfying even the most demanding crime/thriller reader. I found the plot to be compelling and rich, while the characters and the interactions between them feel natural and lifelike. There is plenty of mystery and a strong whodunit element that forces the reader to make more than one wild guesses as to who the villain is. The ending is dignified and even though some may find it a bit underwhelming, I think that it is the best conclusion to the story.

The book begins with Andrea, a social media influencer who spends her time posting photos on Instagram and relevant websites, receiving a video in her cell phone that shows a woman in a cell swallowing a handful of pills and trying to communicate a string of incomprehensible words. Andrea is shocked and soon she realizes that she knows the woman in the video. She is Kristin Kjarr, a 38-year-old artist who used to date with Andrea's oldest brother, Johannes. Johannes has disappeared from the face of the earth more than 20 years earlier, in 2000, during an earthquake that shook Iceland to the core. The police investigation concluded that Johannes must have had an accident that resulted in his death but since his body was never found, Andrea feels that perhaps there is more to the story.

Guðgeir is called to investigate Kristin's apparent suicide that took place in her cell in prison. Some marks on her body suggest that there was some kind of struggle between the deceased woman and another individual, so Guðgeir cannot exclude the possibility of foul play being involved. Soon he learns that the reason behind Kristin's incarceration is that she was driving under the influence of alcohol and drugs and crashed into the home of Andrea's and Johannes's parents, threatening the life of their mother. As Guðgeir digs deeper into the case, he discovers many links between Kristin and Andrea's family indicating that something major and traumatic had happened in the past, something that perhaps led Kristin to a kind of forced suicide. At the same time, a series of brutal rapes begin to take place in Reykjavik and the the two cases become intertwined as the plot moves forward.

We watch the story unfold mainly through Guðgeir's and Andrea's perspectives. Pálsdóttir is a skilled storyteller who knows how to create a gloomy, somber atmosphere and interweave separate plot strands that merge into one as the story reaches its climax. The narrative propulsion of the novel is the result of the tension between the two distinct plot threads that become unified in the end. Silenced is a first-class classical Icelandic police procedural that you will find hard to put down and I have to confess that I read it in just two sittings. I believe that this is an even better book than The Fox and Sólveig Pálsdóttir is an author who is worthy of wider recognition as her novels are reminiscent of the works written by the giants of Nordic crime fiction such as Jorn Lier Horst, Ragnar Jonasson, and Arnaldur Indridason. I trust that Corylus Books will keep on bringing fascinating pieces of crime fiction to the thirsty English-speaking readership around the world and that we will have the chance to devour novels of similar quality in the near future. I want to sincerely thank the publisher for giving me the opportunity to take part in this blog tour and I hope that soon there will be more.