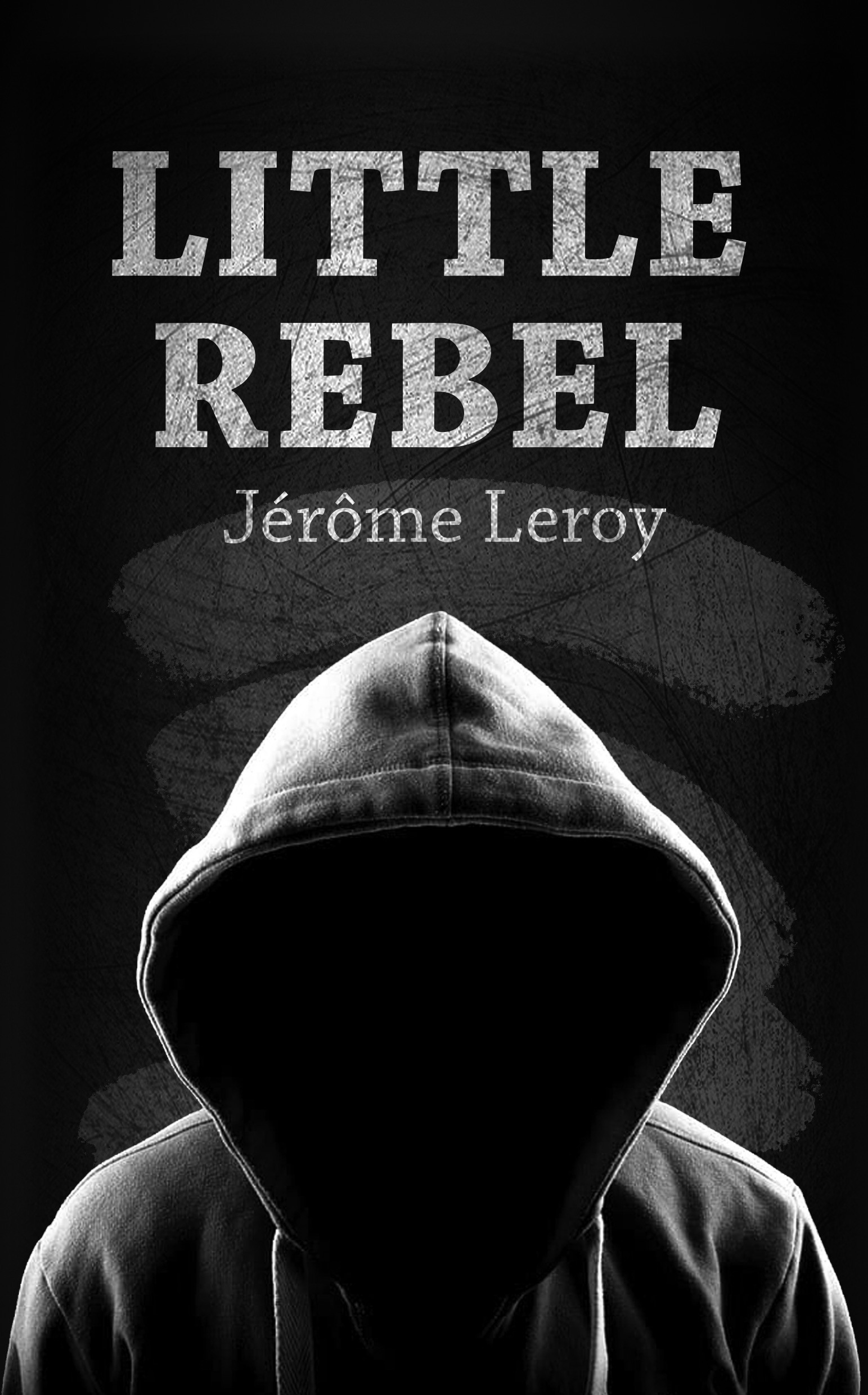 Is it possible for an author to deliver a complete, fully-fleshed story in a novella of under 80 pages? Jérôme Leroy proves that it is with Little Rebel, a social commentary on racial prejudices and stereotyping, a nail-biting thriller, and a musing over the interconnectedness of human lives, all wrapped into a tiny parcel of congealed, raw energy. The story is told by an omniscient narrator who guides the reader to the perspectives of multiple characters through whom the tight plot unravels. The description of those people is filled with cynicism and -perhaps- even with a dash of black humor as the author is relentless in his characterization of ordinary folk who manage to hide their true thoughts from those around them. Leroy is an insightful writer and he is a master in creating some of the most abhorring characters that I've ever encountered in a crime novella.

The action takes place in an unnamed port city somewhere in western France where racial tension rises high after the accidental murder of a police officer who is mistaken for an Arab terrorist. As riots ensue, the authorities receive a tip warning them for a possible imminent terrorist attack in the city, the day after. As everyone is on high alert, the reader is transferred in the premises of a vocational school where the students and their French teacher are waiting for a popular YA author to visit in order to talk about her latest novel. The potential terrorist threat is enough to upend the relationship dynamics between the the tutor and the pupils and the result is a situation that will escalate quickly to total anarchy.

Racist cops, selfish authors, Islamic terrorists, sexually frustrated teacher, senior police officers struggling to handle a possible disaster, and an inconspicuous young girl, the titular "Little Rebel", who is fed up with the hypocrisy and rottenness of the modern world will be linked together as the story reaches its climax. Leroy ponders on the current socio-political French reality, the pressing issues of racism and xenophobia, the political exploitation of the rising radicalization of many young, underprivileged people in the cities, and the dire conditions of living for the majority of the citizens. He explores his themes with a detachment that allows him to become critical without losing his neutrality. The thriller-like element is present throughout the novella's 77 pages and the reader will indulge in Leroy's sardonic prose unreservedly.

It's been a while since I've read such a short book bearing so many distinctive, almost unique, qualities. First of all, one has to acknowledge the author's craft in weaving an enthralling plot in such a limited amount of space. Then, it's the brilliance in the characterization. It's such a pleasure to read such accurate, laconic descriptions of a character's inner thoughts that render a three-dimensional, plausible personality. Finally, it's the strength of the prose itself that grounds the reader with its sharpness and austerity. I haven't had the chance to read another book by Leroy, but I would think that it's a shame that he isn't more popular among the fans of the genre. I would like to sincerely thank Corylus Books for inviting me to participate in this blog tour and I hope that in the near future I'll have the chance to read more of the author's work.