After the disappointment of Journal 64, the Carl Mørck series is back with a totally renewed cast featuring Ulrich Thomsen and Zaki Youssef who replace Nikolaj Lie Kaas and Fares Fares in the respective roles of Carl and Assad. The Marco Effect is the fifth installment in the formidable and beloved by the readership saga written by the Danish crime fiction guru, Jussi Adler-Olsen, and also the fifth novel to adapted into a feature film by Martin Zandvliet. A handful of talented Danish directors have been involved in the previous four films such as Christoffer Boe, Hans Petter Moland, and Mikkel Nørgaard and their work has been well-received by the audiences around the world because of the grim mood, top-notch performances and splashes of black humor.

Ulrich Thomsen's interpretation of Carl Mørck's character is loyal to the author's descriptions in the novels and his deadpan delivery of speech combined with the difficulty to communicate at any level with his colleagues or the people he has to interview in order to solve the case makes him one of the most unlikeable, yet intriguing, protagonists in Danish crime fiction history. Carl is always assisted by his two valued sidekicks, Assad and Rose, who balance the scales by adding the necessary subtlety in the team's police work. In The Marco Effect, Carl returns to active force after being sidelined for a few weeks for reasons that remain concealed from the audience. Inaction seems to have a devastating impact in his physical and mental health so his comeback is inevitable even though he is struggling with some major issues such as insomnia.

The movie begins with a young Romani boy, Marco, riding on a train toward Denmark in order to reunite with his father. As he reaches the Danish border, police storms in the wagon asking for passports or ID. Marco tries to hide, but the authorities arrest him and send him to prison. The boy possesses a page from a passport belonging to a public servant who has been missing for over four years after being accused of pedophilia. The case was assigned to Carl's colleague and close friend, Hardy, who is now bound on a wheelchair and lives in a caring home. From the outset, Carl and his team become convinced that Marco is the key to solving a case that links corporate greed with organized crime and its ramifications reach out to the upper class of Danish society.

There is an all-pervasive sense of urgency that is highlighted by the portrayal of Marco's desperate attempts to escape his persecutors, the people he used to trust, and the many chase scene sequences are shot in a well-measured, realistic manner. The plot unfolds through the investigative team's and Marco's points of view and it's only after the middle of the film when they two perspectives merge into one and the audience can surmise the truth about how high the stakes truly are. The tempo is rather fast and we root for little Marco and his cause as he tries to plough through the difficulties of his current predicament. Carl, Assad, and Rose possess a great chemistry and their collaboration is exemplary as the conclusion of the case brings to a close an investigation that involves gangsters, corrupt public servants, and voracious embezzlers.

In my opinion, The Marco Effect is the crown jewel of the series so far and Ulrich Thomsen is an even better Carl Mørck than his predecessor, Nikolaj Lie Kaas. The film will satisfy both the fans of Jussi Adler-Olsen's writings and those who enjoy to devour dark police procedurals with adept characterization featuring social angles. It should be added that Adler-Olsen has, a bit unfairly, denounced the movies based on his books as he believes that it is not possible to capture and represent the essence of a 600 page novel in two hours of on-screen narration. I think that he will have to reconsider after watching this latest addition to the movie saga and as an avid reader of his work so far, I ensure you that it's nothing less of a brilliant, faithful adaptation of the book into the cinema screen. It was so nice delving into the Carl Mørck's murky universe once again and I hope that the film will be properly evaluated by the critics and the viewers. 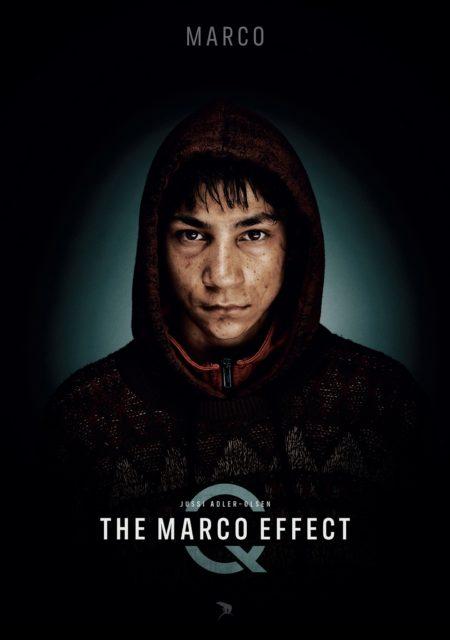